If I’ve learned anything in my adult life, it’s that people never cease to amaze you with their ridiculous antics. A girl in a now-viral photograph is one of those people who just makes you shake your head in disbelief because there are literally no words adequate enough to describe how low they will go.

It was Imgur user JarJarDrinks who snapped the original photo, which has now been shared millions of times. Upon first glance, you might think everything’s all fine and dandy… 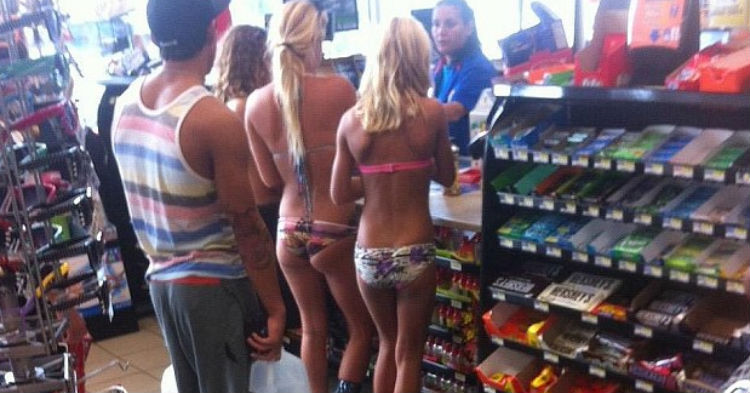 When you first glance at the now viral photo of three girls shopping in a convenience store, everything appears normal. Yes, they are all wearing bikinis but in a beach town that isn’t too weird. It’s something else lurking in the picture that has people shocked. Take a closer look and you’ll notice an accessory one of the girls probably doesn’t want you to notice.

The young blonde in the middle has accessorized her outfit with an ankle monitor. You know, the kind that criminals wear when they’re under house arrest… 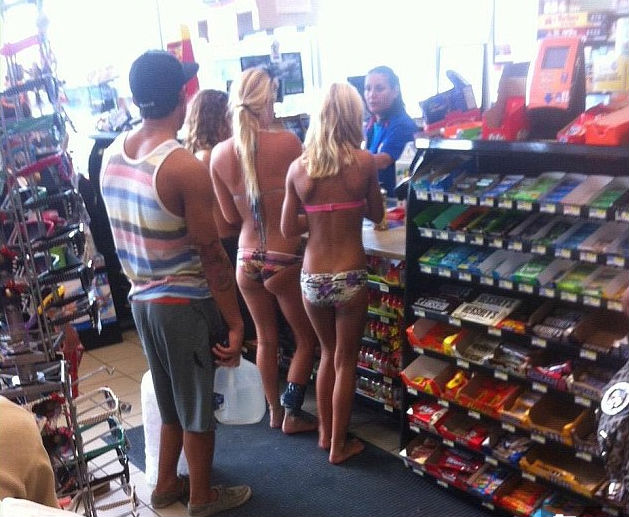 “Nothing adds to your summer look like a court ordered ankle monitor…” read the picture’s caption when it was first uploaded.


Perhaps the woman in question figured that because she was clad in a skimpy bikini no one would notice the ankle monitor still attached down below. She wasn’t far off, seeing as it takes most people a minute to catch it. One Imgur user admitted as much, writing, “Thanks for pointing that out. I would say 90 per cent of us were not looking at her ankles.”

“That thing covers almost more skin than her bikini,” wrote another. “Swiggety swooty, they tracking that booty,” commented someone else.

Tell us what you think of this photo in the comments section!

Next McDonald's Makes Shocking Job Announcement and Obama is to Blame