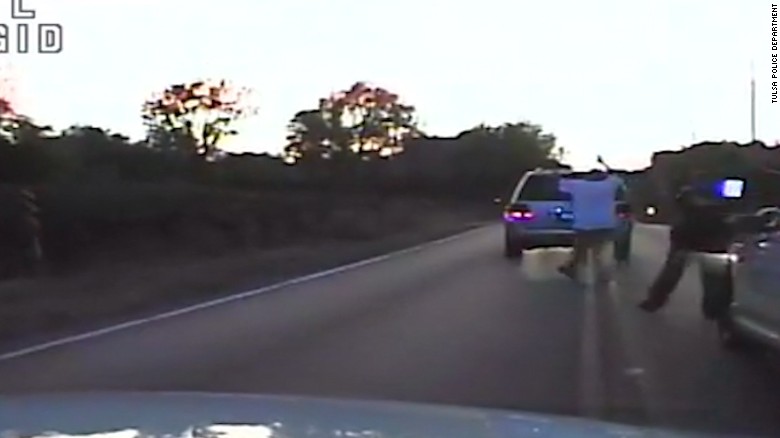 There was another officer involved shooting over the weekend in Oklahoma. Of course Black Lives matter is going mad, and claiming that the white female officer killed Terence in cold blood, but new evidence found at the scene may show the reason the suspect was shot.

Video of the incident filmed from a helicopter overhead appeared to some to show a 40-year-old unarmed black man named Terence Crutcher with his hands over his head being shot and killed by white police officer Betty Shelby, seemingly confirming the narrative that police routinely use excessive force and deadly violence against black men who pose no threat to them.

But according to Tulsa World, evidence was discovered in Crutcher’s vehicle that, while unknown to the officers on the scene at the time, could nevertheless explain some of the man’s behavior that led to the officer feeling compelled to fire her weapon.

Inside the vehicle beside which Crutcher was shot and killed was discovered a vial of PCP, a highly dangerous drug that can often create a psychopathic and violent state of mind in its users.

In fact, there were numerous anecdotal accounts of individuals on PCP who become nearly impervious to pain, including gunshots, continuing to attack police officers and innocent bystanders alike even as they are being shot repeatedly in locations that would instantly drop an ordinary non-drug using suspect. It is also noteworthy that Crutcher had a warrant out for his arrest related to previous charges of resisting arrest and drug use.

A toxicology report will most likely be released, and we may see the drug in the system of this man. Shelby’s attorney insists his client had no racial motivation in shooting Crutcher. She had no idea the race of the SUV’s owner at first when she stopped to inspect it, he said.