There are some really sick things in the world, and this one takes the cake.

A Florida mother may face prison time after being arrested for having sex with a 15-year-old boy. Brittany Sonnier, 23, allegedly performed sex acts with the boy while he was living next door. In 2012, Sonnier was also accused of having sex with a dog in Arizona. She is also the mother of a 3-year-old son. 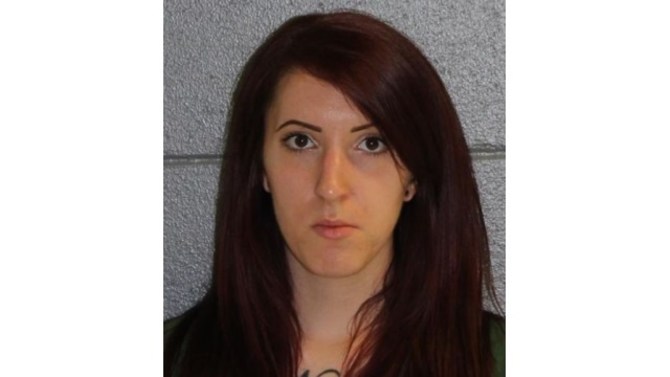 Sonnier, who has a 3-year-old son, was arrested and charged with lewd and lascivious battery sex act with a person less than 16 years of age and contributing to delinquency of a minor.

Sonnier then began her inappropriate relationship with a boy. However, after learning of her past bestiality charges, he began to worry that he contracted a sexually transmitted disease from her, the police report notes.

Sonnier later confessed to her deeds, telling officials that she had sex with the boy for two nights in a row. She also admitted to providing him with marijuana, though police say she was in possession of both marijuana and alcohol while with the boy.

A report reveals that her bestiality charges first came to light in 2012 when she allegedly told a boyfriend that “she was interested and into having sex with dogs.”

The report continues, “She went on to tell him that she has been having sex with their family dogs since she was 13-years-old.”

This woman is disgusting. I hope she gets what she deserves. How can anyone be so horrible? What do you think? Should she go to prison?


Previous They Took a Selfie on Their Roommate's Phone, Then They Discovered His SICK Secret