Playboy has featured a woman in a hijab for the very first time. 22-year-old journalist Noor Tagouri was photographed and interviewed for the “Renegade” issue. Her goal is to become the first anchor to wear a hijab on television.

“The biggest challenge I face as a storyteller is the process of getting people to trust you enough to tell their stories,” Tagouri told Playboy. “Our society has seemingly become so desensitized to violence, abuse, death, rape and trauma. To be honest, I think being a hijabi Muslim woman, helped me gain that trust.” 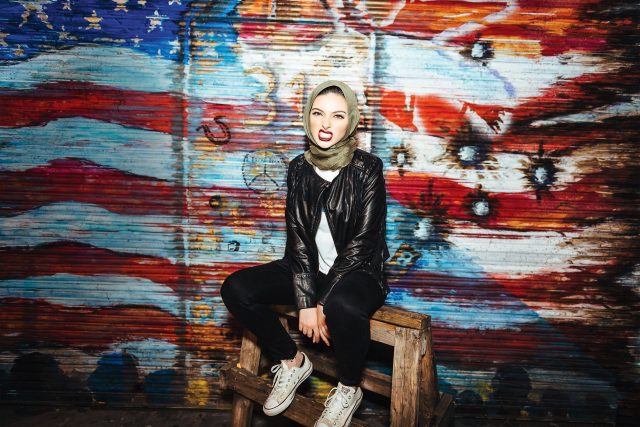 “I know first-hand that once people are re-empowered, they realize their own story is powerful and they begin to share. It’s incredibly rewarding and can even help enlighten or save others,” Tagouri added.

You can read more on this story at The Daily Caller.