One man was so quick to boast about the fact that he had just bought a new car, that he forgot to remove something very telling from his lap before snapping a photo and posting it online…

The unidentified Florida man, who reportedly had his friend snap a picture of him sitting in his new car, bragged that not only did he pay $30,000 in cash for the car but that he also had some cash left over after the purchase, Mad World News reported. He is seen in the photo sitting in the driver’s seat of the car holding up a wad of cash to the camera. The picture was posted to the photo-sharing site Imgur on June 11.

An open wallet is also seen in the man’s lap, and inside the wallet is what appears to be a blue Access card. Access is Florida’s Electronic Benefit Transfer (EBT) program, which provides welfare benefits to the state’s needy residents.

Social media commenters responding to the article on Mad World News’s Facebook page condemned the man and expressed their belief that he may have cheated the welfare system in order to buy the new car.


“I bet when the Florida welfare office sees this he won’t be on welfare for long!” one poster wrote. “And he should have to pay back every dime he collected! Plus about 35 years in the federal pen!”

Here’s the photo which caused the controversy… 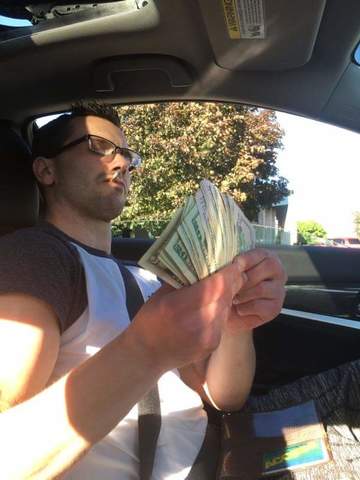 People never cease to amaze me!

Next After Years of This Look She Decided it Was Time for a Change - What a Transformation!