“Effective Monday, Oct. 3, Jane Wood Allen has been relieved from duty and is no longer an employee of Forsyth County Schools. Racism and discrimination are not tolerated in our school district,” according to a Facebook post by the school system.

Allen, who was a teacher’s aide at Chestatee Elementary School in Georgia, shared an article about Michelle Obama and wrote “This poor Gorilla.”

Allen continued to lambast Obama for her “luxurious vacations” and the first lady’s looks, stating that she “needs to focus on getting a total make-over (especially the hair).” 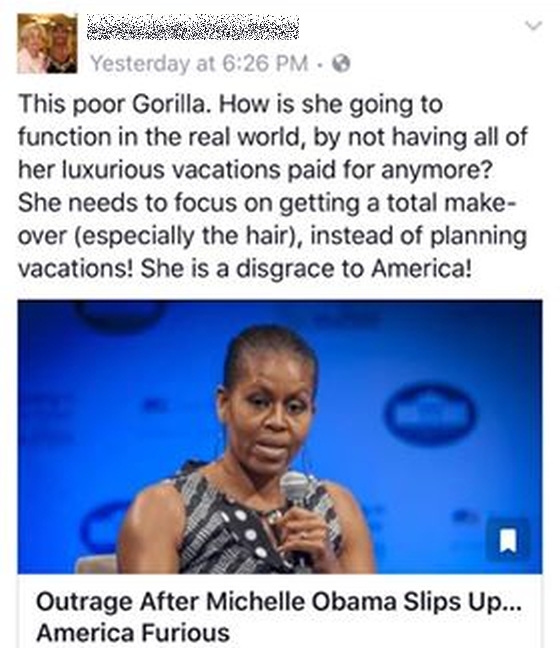 “I admire a gorilla more than I admire her. (Wait, I forgot. She is a gorilla)! If she was a real First Lady, she would not have used and abused her title, by thinking that she is entitled to go on all the trips that she takes every other day. But most of all wasted all of our tax payers money. She is the worst example of a First Lady ever! (Or sorry, I meant gorilla, not First Lady)!” another post read, according to the Atlanta Journal-Constitution. 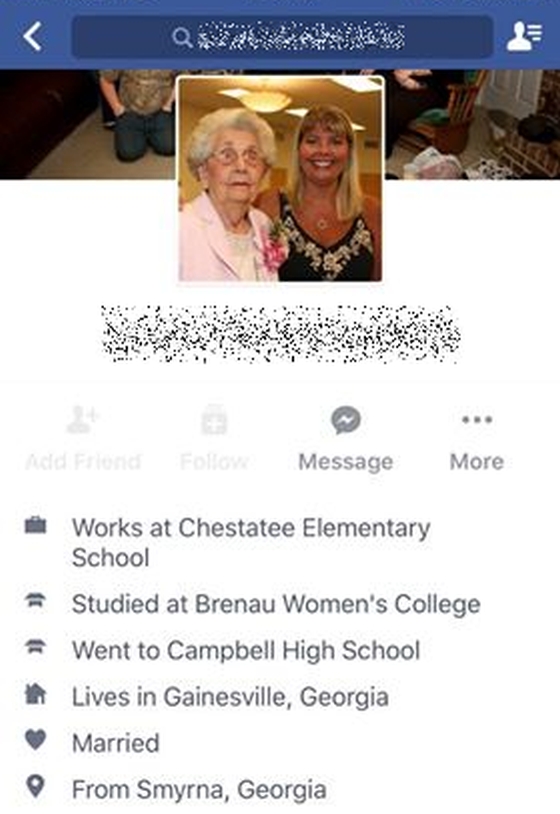 “We are committed to ongoing staff training on the acceptance of all individuals. As this is a personnel matter, the district will provide no further comment,” the Forsyth County’s Facebook post concluded.

Forsyth County has dealt with its employees’ social media activity before. A high school principal was suspended after he posted a statement saying it is “one nation under God, not Allah,” The AJC reports.