Still shocking the nation, Justin Harris left his 22-month-old son to die in a 120-degree car back in June of 2014 while he went to work in Marietta, Georgia. Harris is currently on trial for his sons murder but as the trial unfolds, his sick plans continue to be exposed and it’s even more gut wrenching and horrific. As if leaving his child to die in a boiling car wasn’t the “worst imaginable death of a child” already , Harris set his sights on another child as he waited for his son’s death. All because his life was “boring’.

Not only did Harris begin “sexting” a 16 year old girl while his son struggled for breath, he managed to message six other women the day Cooper died, according to prosecutors. Using the app Whisper, he reportedly told one of them, “I love my son and all, but we both need escapes.”

With Cooper’s death appearing deliberate and premeditated, Justin Ross Harris faces eight charges, including malice murder, two counts of felony murder, cruelty to children in the first degree, cruelty to children in the second degree, criminal attempt to commit a felony of sexual exploitation of children, and two counts of dissemination of harmful material to minors. The latter charges being for sexually exploiting underage girls for which he was also indicted. He will be tried on an eight-count indictment concerning texting and exchanging graphic images of private body parts with underage girls in a separate trial.

There is a special place in hell for this guy. A life sentence or two isn’t even good enough.

Justin Ross Harris simply forgot his son was in the car.

That’s what defense attorney Maddox Kilgore hopes jurors will believe as they weigh the evidence in the first-degree murder case against Harris, with trial proceedings that begin today in the coastal Georgia town of Brunswick.

Harris, 35, is on trial for the first-degree murder of his son, who died from hyperthermia while locked inside the family SUV in June 2014 in Marietta, Georgia.

The high profile case looked like a tragic accident. But investigators subsequently said they found Harris had researched child deaths inside vehicles before his son perished.

‘Evidence will show this was the worst imaginable death for a child,’ Cobb County assistant district attorney Chuck Boring told the jury during opening statements Monday. 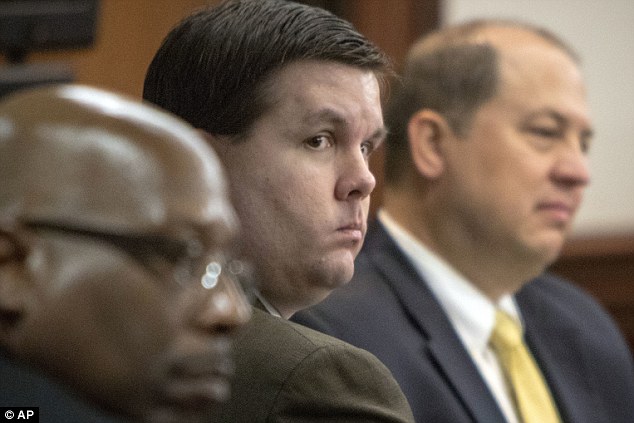 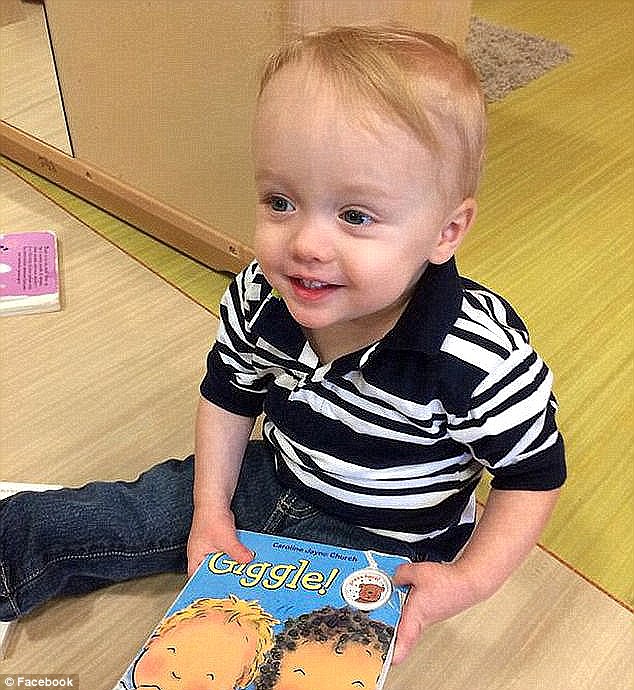 Cooper was just 22 months old when he was found dead in his father’s SUV. Investigators believe temperatures inside the car may have reached 120 degrees

Temperatures inside the car were estimated to have reached 120 degrees, according to medical examiner reports. Cooper was found dead eight hours after his father left him in the vehicle.

The prosecution says Harris knew his son was in the car and may have wanted the boy out of his life – so that he could carry on his relationships with various women.

Boring said that instead of thinking about his son, Harris had spent the day messaging an underage girl.

‘On that day, when his son was cooking to death, he was texting with a 16-year-old girl, trying to get photos of her vaginal area.’

Harris’s defense will make the case to jurors that his client simply didn’t remember his 22-month-old son Cooper was still strapped in his car seat as he headed to his job – even though they had shared breakfast at a Chick-fil-A restaurant just minutes before the brief drive from the diner to his office.

But Harris had a double life, Boring said as he opened the trial.

‘While he was doing that all day, his son was out in the car, dying, slowly, painfully… When he was point-six of a mile from the Chick-fil-A where he had breakfast with his son, he was texting a…woman [saying] “I hate being married with kids. The novelty has worn off and I have nothing to show for it.”‘

‘It’s about deception, of family and friends, deception with law enforcement, deception in every part of this case. A double life,’ Boring said.

Previous Man Bitten on Penis by Poisonous Spider, How is Even More Horrifying