Mike Pence won the vice presidential debate — or at least that’s what you’d think if you were reading Twitter Tuesday night.

After Pence and Tim Kaine went head to head for 90 minutes on stage in Farmville, Va., it was clear that Donald Trump’s running mate had won the crowd over — while many complained that Kaine interrupted his opponent entirely too much. 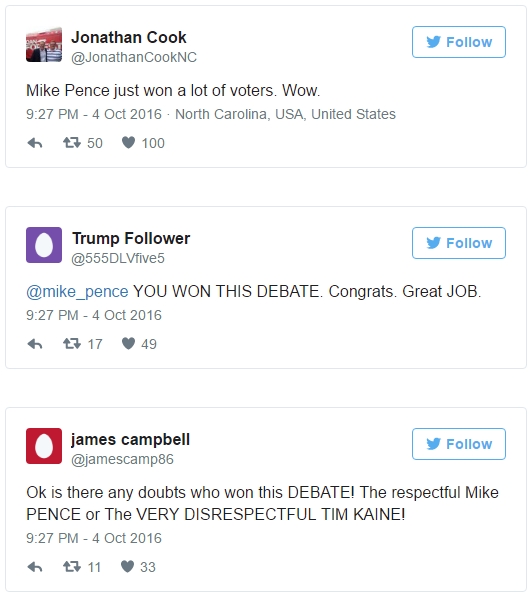 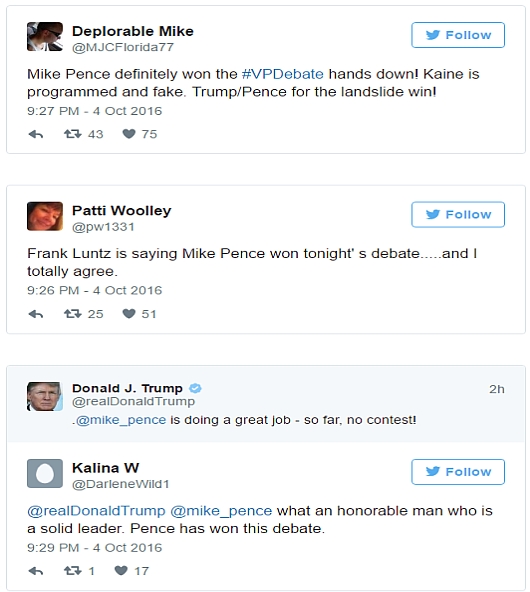 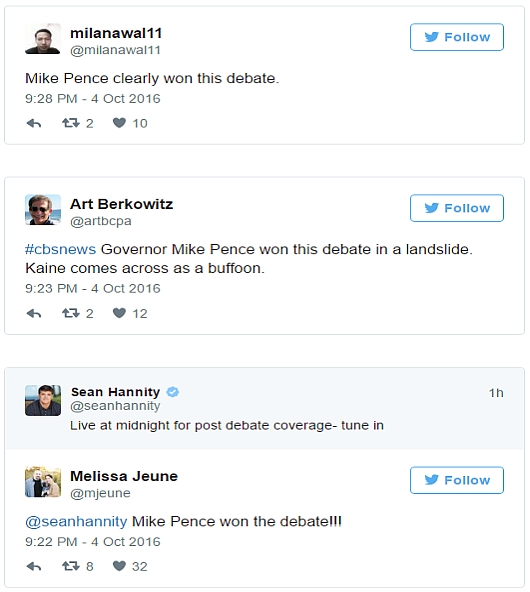 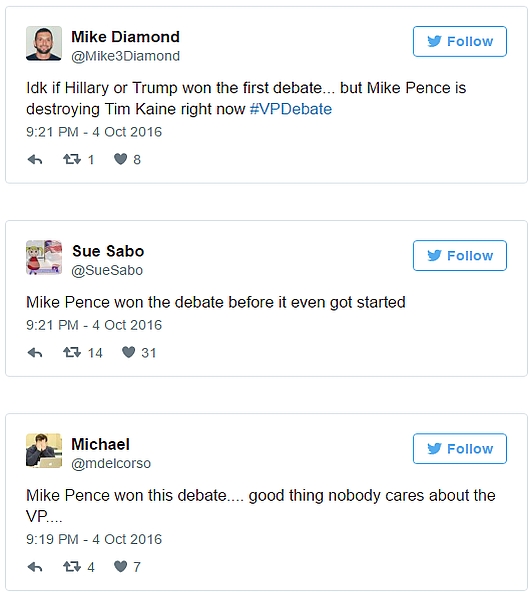 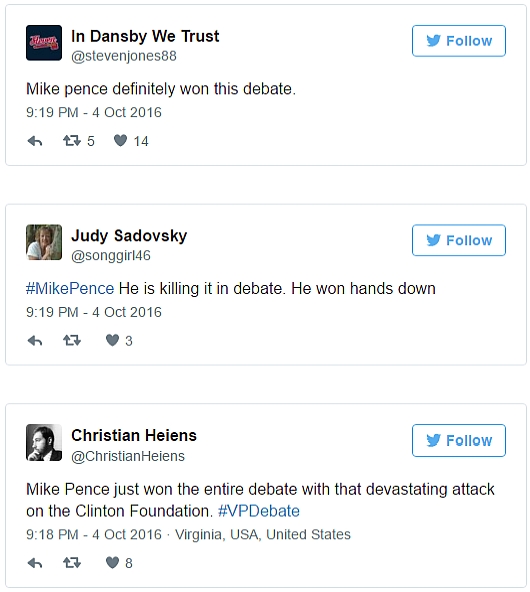 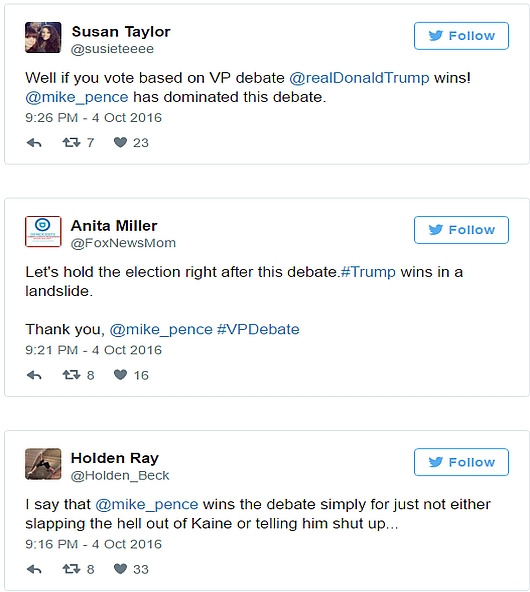