Virginia Sen. Tim Kaine claimed to be a “strong supporter of the Second Amendment” at the Vice Presidential debate at Longwood University but Clinton herself tweeted that Kaine wears his “F” rating from the National Rifle Association. 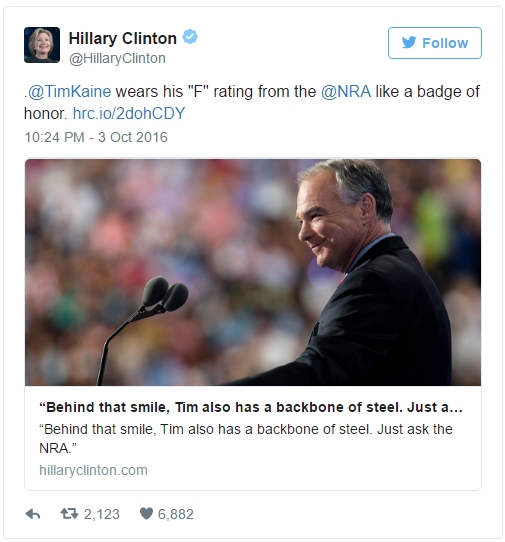 “I know the NRA,” Kaine said when he was first introduced as Clinton’s running mate last August. “They’re headquartered in my state, in Virginia. They campaigned against me in every statewide race that I’ve ever run, but I’ve never lost. . . I don’t mind powerful groups campaigning against me. That just is like an extra cup of coffee to me.”

At a campaign rally in July in Miami, Kaine said the Virginia Tech mass shooting in 2007 was “the worst day of my life.” He pledged that he and Clinton would push for “common sense” gun control legislation nationwide.