We are often told by the mainstream media that the Black Lives Matter movement is peaceful, yet time again we see their actions prove the narrative to be nothing more than a lie as they’ve essentially become a domestic terror group.

While most people are concerned with getting their family to safety, there are others looking to exploit the situation by causing mayhem by going on looting sprees. Some people are more concerned about how they can hijack the chaos to commit criminal acts and take advantage of displaced victims.

A quick Twitter search revealed dozens of messages posted by Americans living in or near the affected areas that brazenly talk about the opportunity for looting that the hurricane will provide.

“God Please let this hurricane hit us so I can do some looting,” tweeted one user.

“So we looting after the hurricane? I do need a new TV & iPhone and some clothes,” added another.

“Ready for hurricane Matthew to hit so I can start looting,” remarked another.

When asked if they would be looting, one Twitter user responded, “yep, but in white neighborhoods.”

An analysis of the Twitter accounts shows that many of them are sympathetic towards ‘Black Lives Matter’ – supporters of which have used BLM protests as an excuse to carry out mass looting in Ferguson, Baltimore and most recently Charlotte.

Some of the accounts also featured anti-Donald Trump posts as well tweets complaining about racism and “cultural appropriation”.

It goes without saying that these kind of tweets are an absolute disgrace – over a hundred people have already died in Haiti as a result of the hurricane – but they are par for the course when it comes to BLM supporters and leftists in general.

Read just some of the shocking tweets below 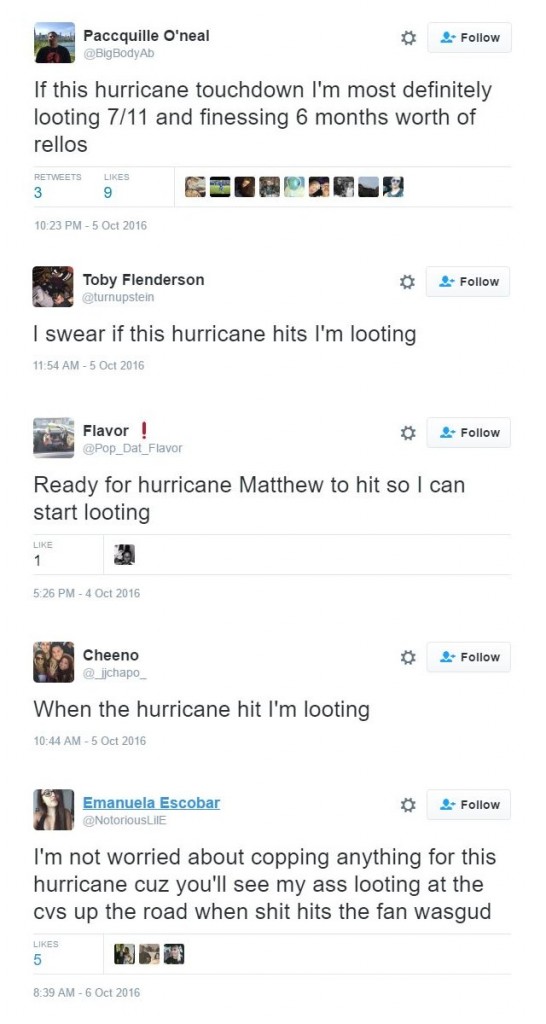 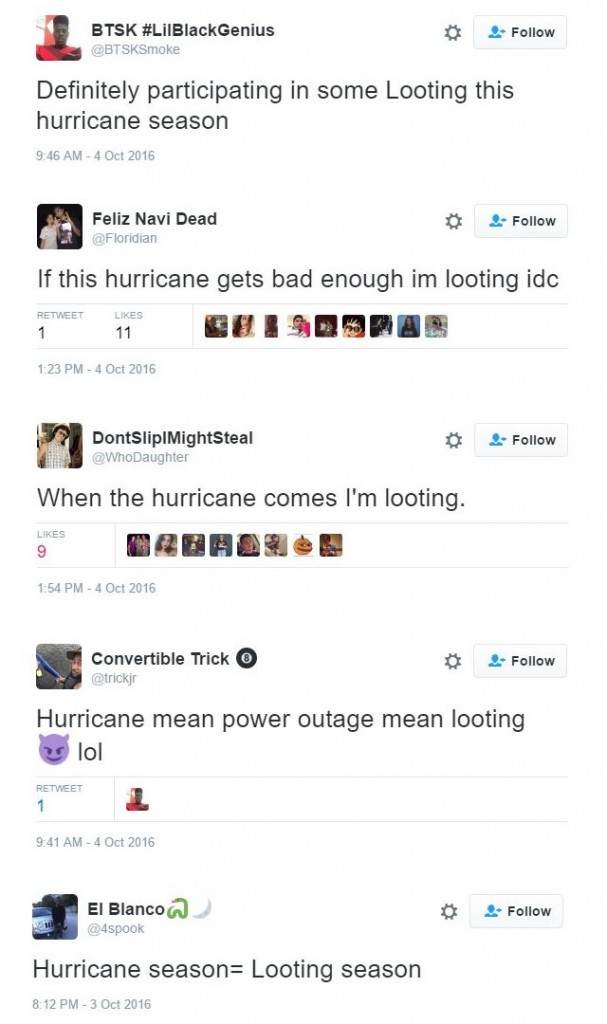 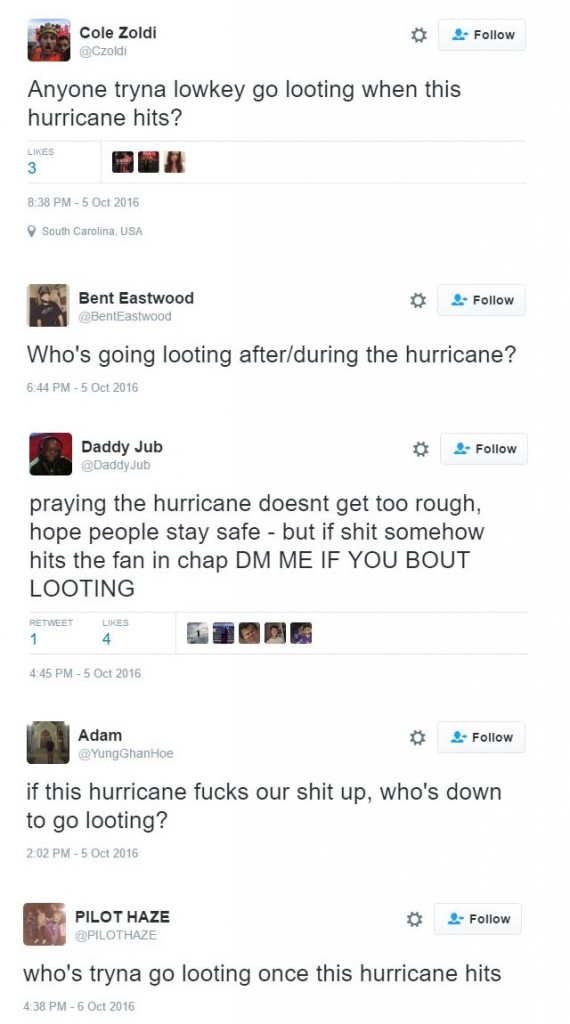 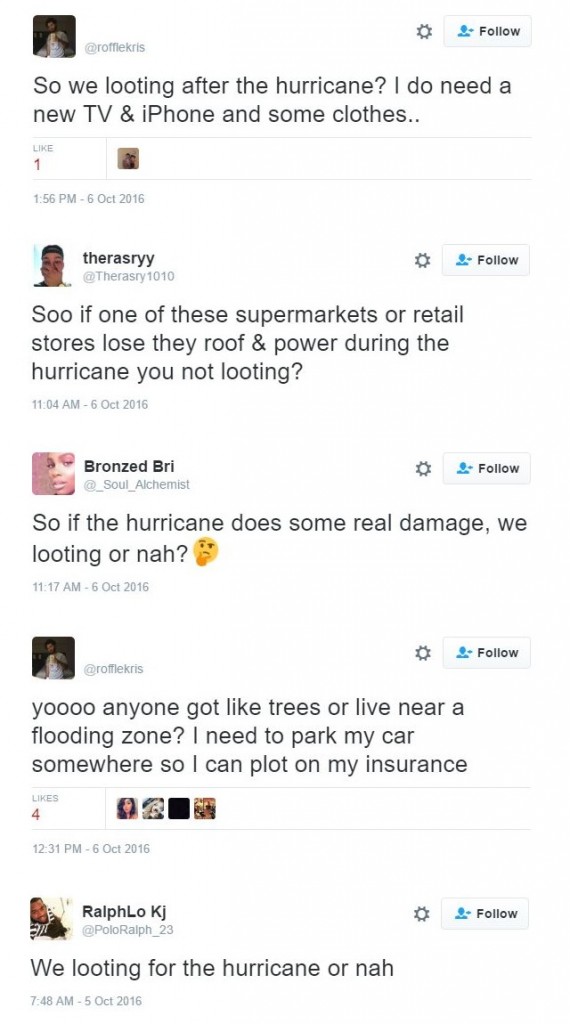 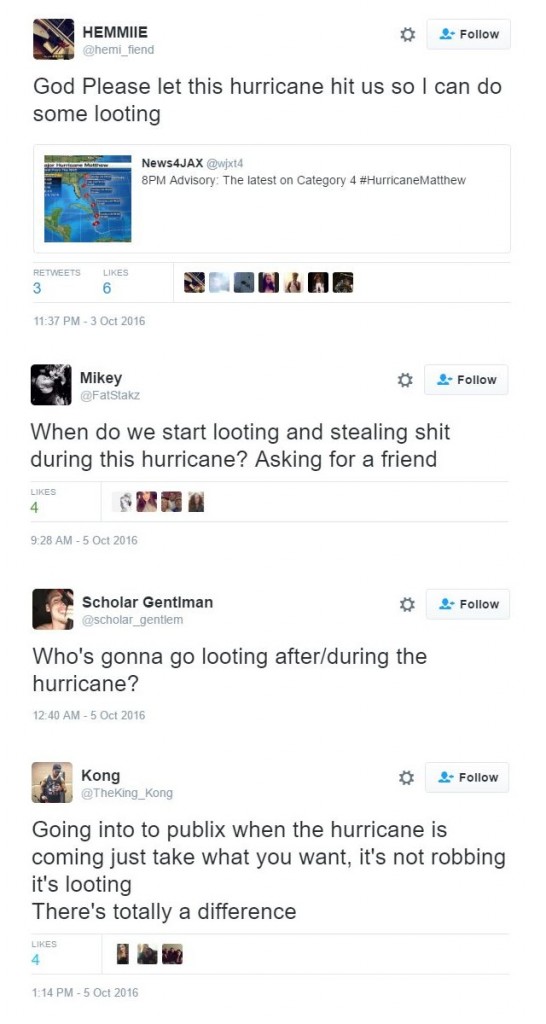 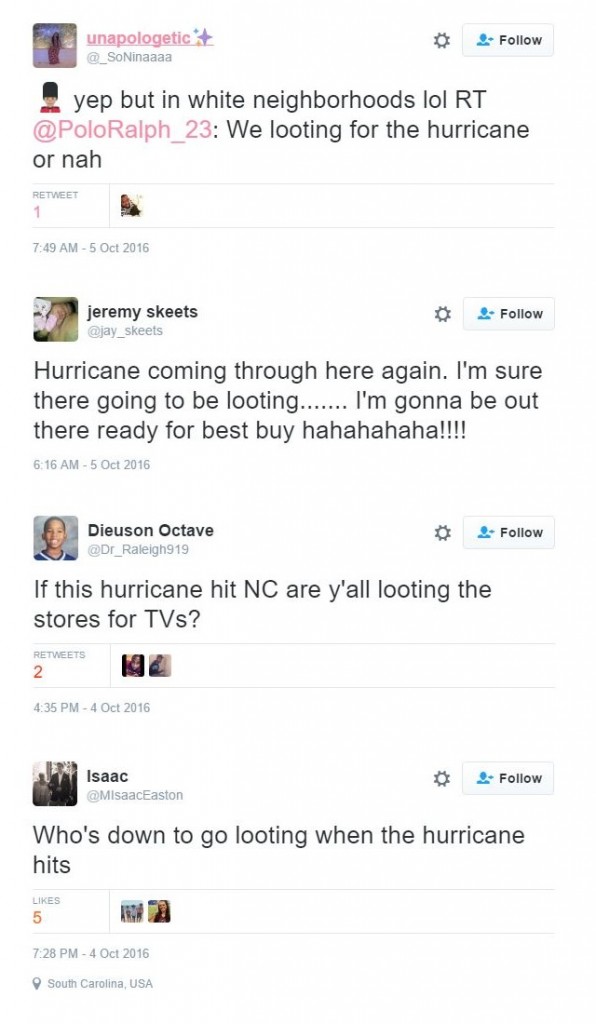 Next This Major Theme Park Is Closed Today, Only Four Times In Their History