Are you ready? Is it blue or is it white? People are even slinging insults this time!

In February of last year, a simple picture of a dress dominated the Internet. People argued. Was it black and blue, or gold and white? The world started obsessing over optical illusions.


So, here we go again. This time, the object in question is not a dress. It is a handbag. 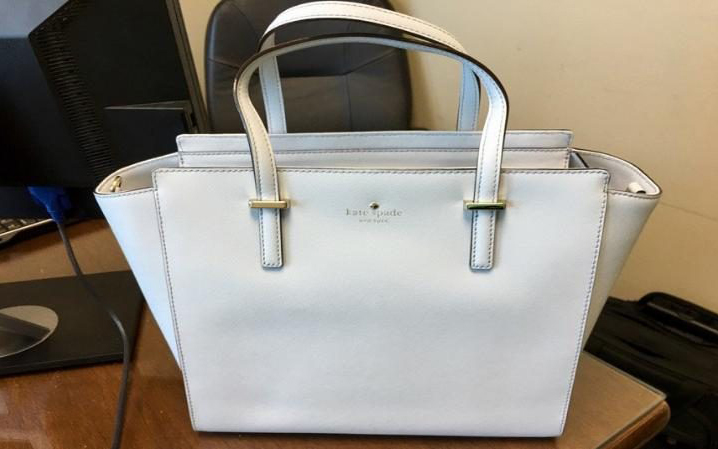 Twitter user Taylor Corso, using the handle @whyofcorso, tweeted a picture of a new purchase that she was clearly proud of.

Another Twitter subscriber commented that white was a “daring” choice for a ladies’ handbag. Taylor immediately responded with a correction, asserting that the bag was in fact, blue.

And that was all that was needed to spark a Twitter storm, reminiscent of #TheDress.

People joined the firestorm to weigh in on whether the bag was white or blue. Isn’t it amazing how passionate people become in these online debates?

The discussion promted Taylor to Tweet: “Oh god, #thedress is happening with #mybag.” Days have gone by and people continue to Tweet about the bag. Reportedly, Taylor is having a hard time managing all of the comments and mentions.

In a scandalous revelation, Taylor discovered that the bag is listed on the Kate Spade website as being “mystic blue.” Nonetheless, people still argue.

“Literally white without a doubt” pic.twitter.com/Kw2yl4bAQT

Taylor is trying to spin the controversy to a good cause:

While y’all are all stopping by to debate the color of my bag, I’m raising money for a good cause–please consider! https://t.co/hRotP8f4KN

What do you think? Is the bag, in fact, white, or mystic blue?

Previous This Major Theme Park Is Closed Today, Only Four Times In Their History