Here is the report, with the allegations. Will this be enough to sink Trump’s ship?

Democrats are giddy. They believe their October surprise, or now, what can be called a series of October surprises, will be enough to knock Trump out of the election and crown their lying, backdoor-dealing, unhealthy, corrupt career establishment politician President.

Now, they wish to pin the use of a horrible racial slur on him.

To catch you up, there have been rumors of unaired Apprentice footage that is “far worse” than anything uncovered by the leakedaudio of Donald Trump talking about women in lewd terms during a 2005 Access Hollywood interview. Reports have indicated that all of that old footage will be kept under lock and key because Trump-backing producer Mark Burnett has threatened to sue anyone who leaks it.

As a producer on seasons 1 & 2 of #theapprentice I assure you: when it comes to the #trumptapes there are far worse. #justthebegininng

Well, we may not get to hear the audio from those old tapes, but it has been described for us. Chris Nee is an Emmy-winning producer who made it clear that while he doesn’t have the tapes, he has heard from crew members what is on them and what Burnett is trying to protect Trump from. 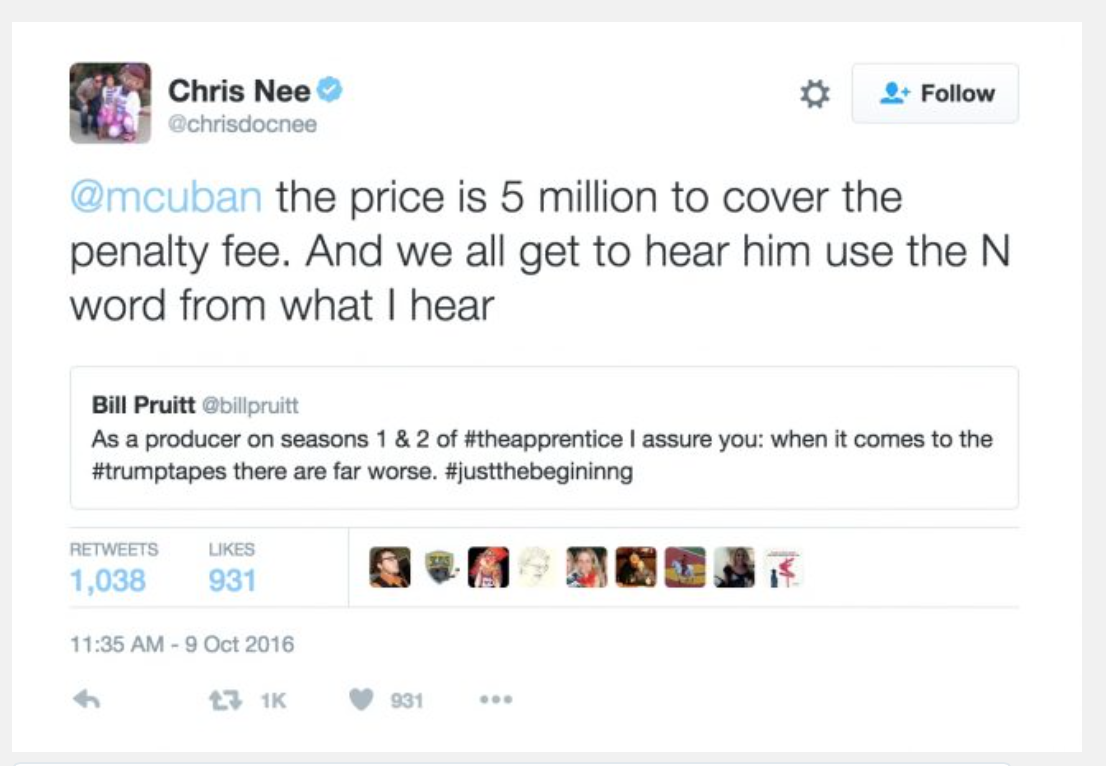 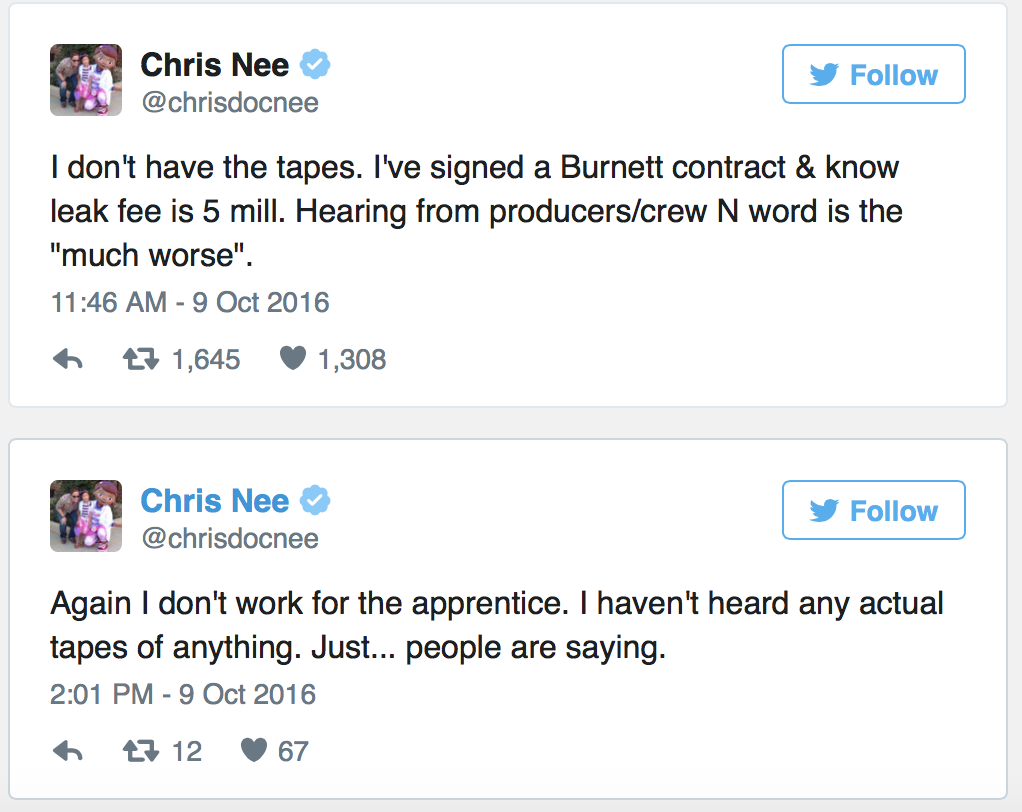 So, with Burnett threatening legal action, the penalty for the leak would be $5 million. Still, in the replies to Nee’s tweets, there are plenty of suggestions for GoFundMe fundraisers and as you can see, he did tag Mark Cuban, a Hillary Clinton supporter with a lot of cash on hand…

So the question: will a wealthy Clinton supporter step up and pay the penalty to sink Trump? I believe that they will try.

Why not let the Clinton Foundation pay for it? They have made enough money on backdoor State Department deals in the last few years.

All of this comes to us just prior to tonight’s debate, which is likely to bring in better ratings than the Superbowl.

Apparently, liberals believe they have the angle on Trump.

Can he outrun the angle?

Trump has a history of doing just that.

Next [VIDEO] Here Is The Best Gun For Killing Clowns