People freaked out when a fly landed on Hillary Clinton’s forehead while she was in the middle of answering a question during the second presidential debate Sunday night.

It happened while the Democratic nominee was in the middle of quoting Michelle Obama in response to what Donald Trump said about Bill Clinton’s rape accusations.

“He gets to run his campaign any way he chooses,” Clinton said. “I am reminded of what my friend Michelle Obama advised us all. ‘When they go low, you go high.’” 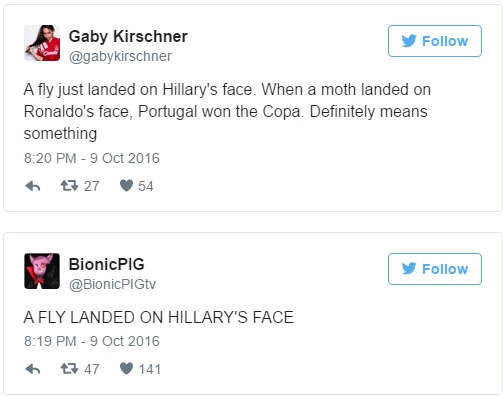 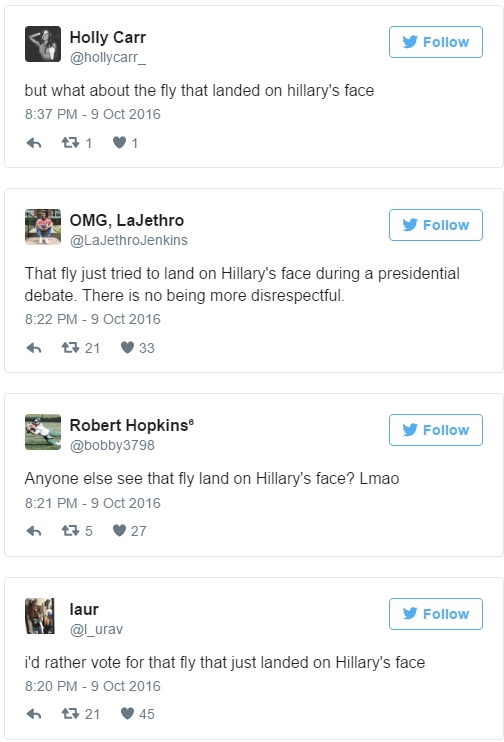 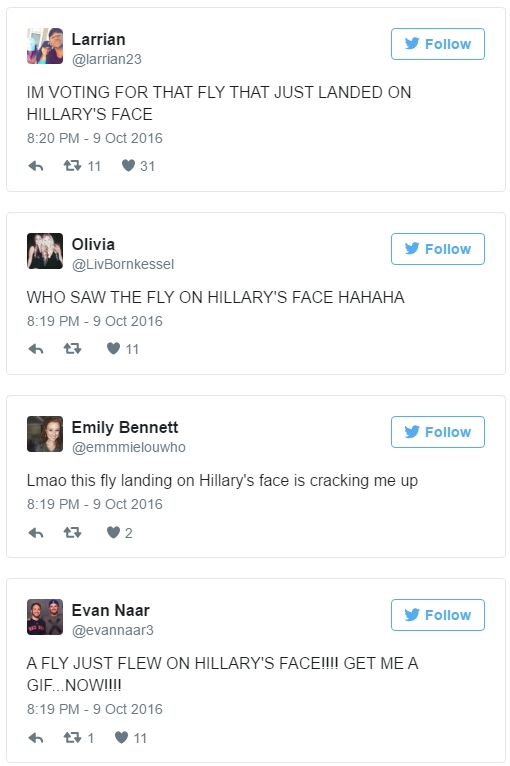