While she is speaking out about things like income equality, the environment and gun control. She is experiencing some of the hardships the “average” American Family may have to deal with each year. She is now traveling in an Armored vehicle and with extra security teams—->  See it at the link below:

Kim and Kanye Step Up Security Detail, Former US Secret Service and More

Kim Kardashian will have to relive the trauma of the Paris robbery come Halloween, thanks to a new costume, which a ton of people are calling a “disgusting” cheap joke.

The getup is as controversial as it is timely … which explains the wave of negative product reviews:


– “What kind of sociopathic a****** makes someones trauma a f***** COSTUME?!”
– “You should be ashamed of yourselves you sick f***s. Hope you get robbed at gunpoint so you psychopaths know how it feels. Pathetic.”
– “This is ridiculous. Are you going to have a Brock Turner costume with optional dumpster and passed out girl?”

This is the same company that did Cecil the Lion and Caitlyn Jenner costumes … so this is just par for the course. 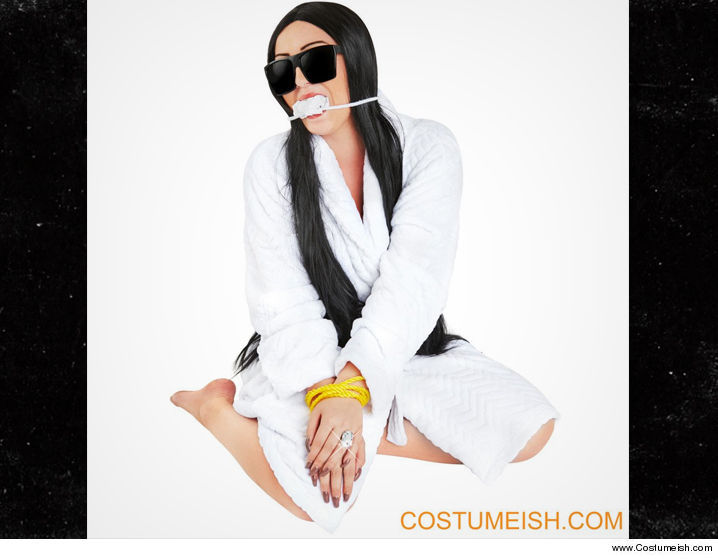