An Ohio father filmed his 8 year old son while telling him the heartbreaking news about his mother. He then put it online for all to see which has gotten a mixed response but Brenden hopes it brings awareness to this tragedy.

As a recovering addict, Brenden doesn’t want to see this happen to anymore children.

When a father sits down and tells his eight-year-old son his mother has died of a heroin overdose the boy’s reaction is absolutely heart-breaking.

Brenden Bickerstaff-Clark posted the video on YouTube and it soon went viral, with many people on the internet whether he had the right to show the world the pain and suffering of his son.

In the video Mr Bickerstaff-Clark, a pizza maker from Youngstown, Ohio, and a friend sit down at a picnic table with his son, Cameron. 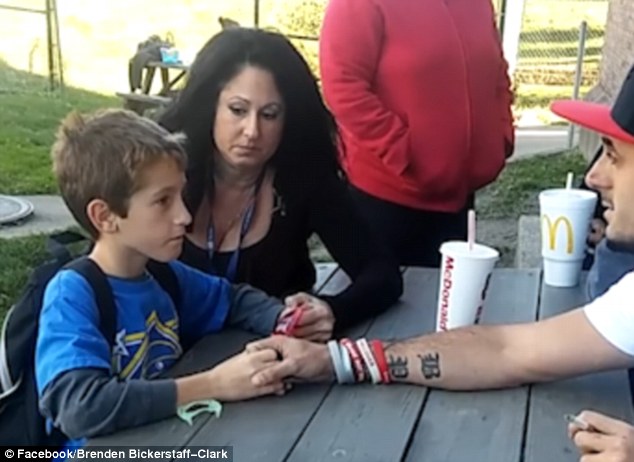 ‘I have something to tell you, OK?… Mommy died last night,’ he tells him, as he holds his hand across the table.

‘What? What do you mean, my mom? How?’ asks the shocked youngster.

The boy suddenly breaks down and weeps and Mr Bickerstaff-Clark’s friend hugs him. 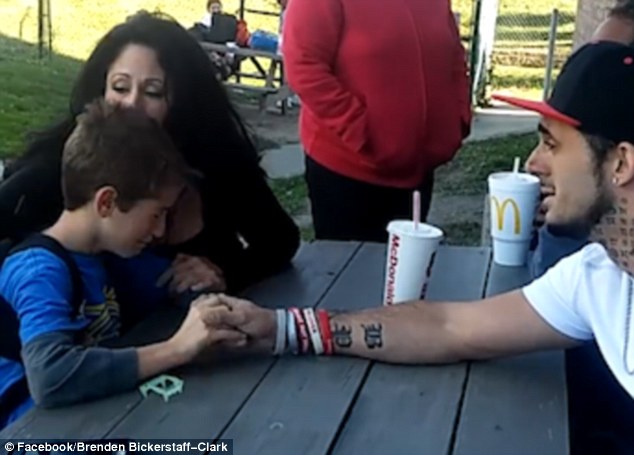 Mr Bickerstaff-Clark then gets up and climbs over the table, adding: ‘I love you. Do you need a hug?’

He then embraces his devastated son before turning to the person filming it and telling them: ‘That’s enough’.

Mr Bickerstaff-Clark wrote on Facebook: This is for any and every addict with children. Today I had to tell my 8 year old son that his mommy died from a drug overdose last night. This is the realization and reality of our disease. Don’t let this disease have to make someone tell your child that you’re dead because of drugs.

‘This was one of the hardest things I’ve ever had to do. My son has no mother because of heroin…kinda hard to hear but u can hear what we’re saying. Please get help so our children don’t have to suffer.’

Mr Bickerstaff-Clark goes on to deny it was staged and says: ‘I am a recovering addict myself with 94 days clean today…please share n help maybe help save a child’s parent’s life.’ 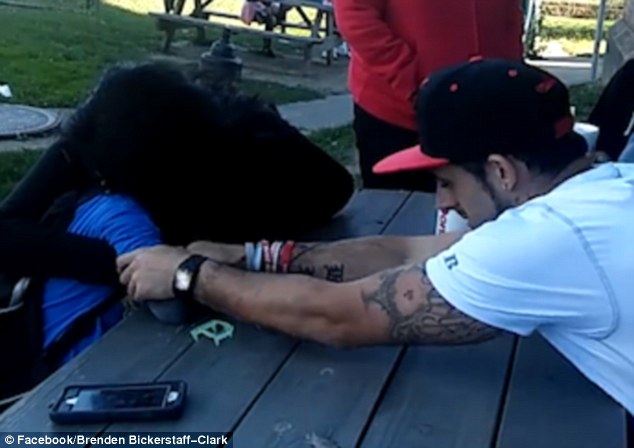 Mr Bickerstaff-Clark then reaches over and holds his son, telling him gently: ‘I’m sorry’

The film has been viewed more than 14 million times on YouTube and around 24 million watched it on his Facebook page, where some criticized Mr Bickerstaff-Clark.

Jordan12 wrote: ‘To put a moment like this online for the whole world to see is just ridiculous. that poor poor kid. i couldnt help but tear up!

‘Its bad enough to find out your parent passed away especially from drug abuse but to have a constant reminder of how your father told u up on the internet forever! I’m a father of 2 young boys and “Dad” you should be ashamed of yourself!’ 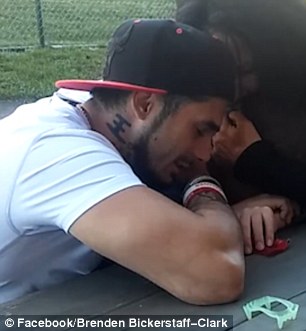 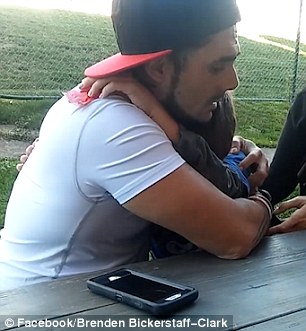 Eventually Mr Bickerstaff-Clark gets up and walks around to his son, asking him: ‘Do you want a hug?’

But Christen Villwock defended him on Facebook: ‘All of the people who keep talking about bad judgement on this video.. i remember a couple months ago a picture going viral of a little 4 yr old boy in the back seat of a car where both grandparents passed out in the front seat.. and people werent mad at the cops for posting that.. this is the same situation… no different.. trying to raise awareness.. so think about it…’

Youngstown is a rust belt city which has a major problem with heroin abuse.

Last year WFMJ reported a 25-year-old addict, Kayla Dempsey, begged a judge to send her to prison so she could get off heroin.

She said: ‘There’s a three-month waiting list for any rehab around here because of the heroin epidemic. It’s faster to go to jail.’ 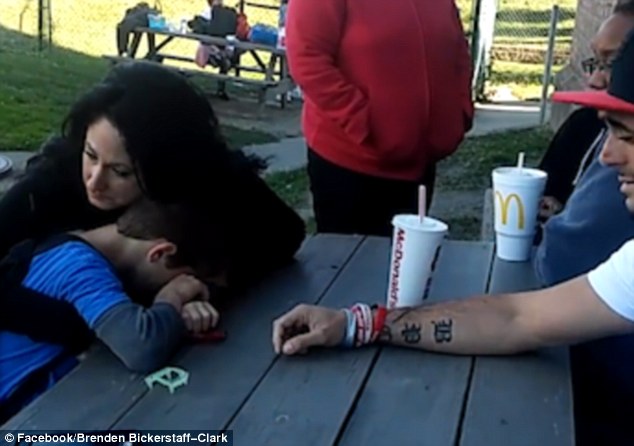 Previous Trump is a Flawed Person, Who Cares, "Better to Grab Pu**y Than Be Governed By One"