WikiLeaks just dropped another bomb on the Hillary Campaign with the release of The Podesta Emails, Part 7.

You can tell that they are having fun with their job, as this time their Tweeted announcement included a funny video. In time, we will likely learn that the video message contains more depth than can be seen at a glance, but until then, let’s just enjoy it:

The video shows Hillary and Bill Clinton, on stage at the Democrat National Convention. The Internet has been abuzz, especially since recent revelations of Hillary’s ill health become public, about her bizarre facial expressions.

In this video rendition, she is not waving her head at dropping balloons, but at what appears to be WikiLeaks logos raining down on her and her campaign.

Journalists will spend the coming days pouring through the release, undoubtedly uncovering scandal after scandal, and more information on past scandals.

Just a quick glance at this particular release yielded an interesting find regarding The Clinton Foundation.

In corresponding with Cheryl Mills, who served a legal counsel to President Bill Clinton, and later as a State Department aide to Secretary of State Hillary Clinton. It has been reported that Mills worked for both The State Department and The Clinton Foundation at the same time, a clear conflict of interest.

Take a look at this email from the latest WikiLeaks release: 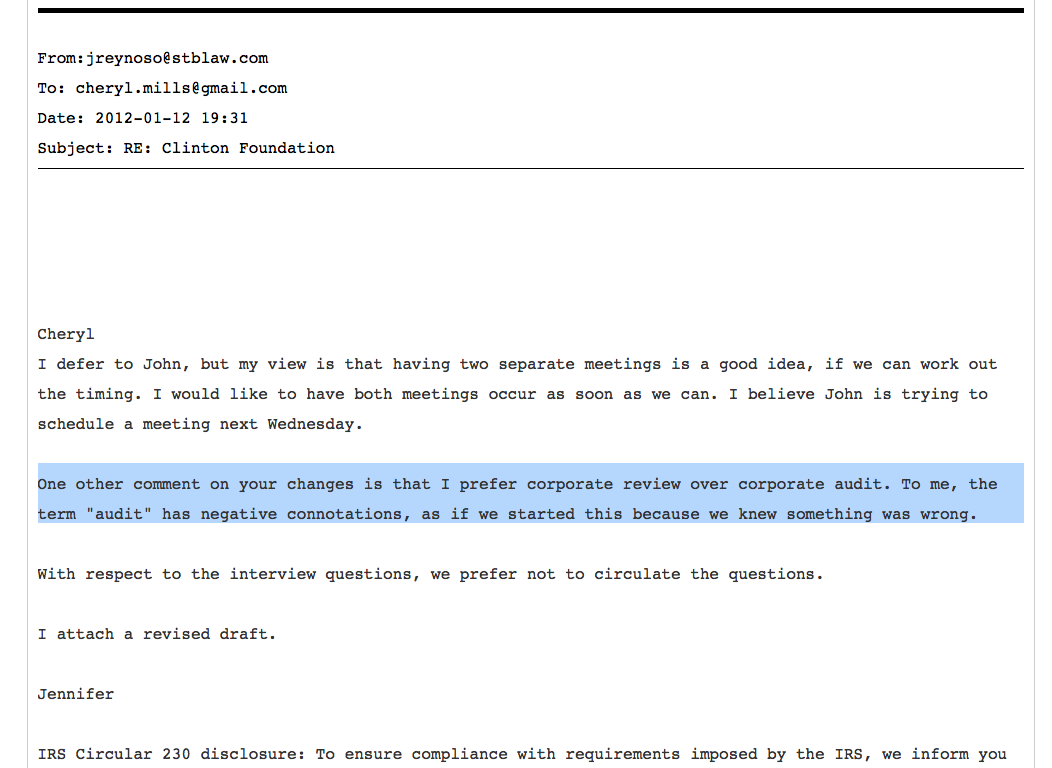 Mills is being advised to review to an audit of Clinton Foundation dealing as a “review” rather than an audit, because the term audit “has negative connotations, as if we started this because we knew something was wrong.”

Something is wrong, Cheryl and Hillary and Bill.

People are catching on to what you have been doing and organizations like WikiLeaks are moving full speed ahead to keep them informed.

Perhaps the video is more fitting than we thought!

Next [VIDEO] Infants Plummets To Her Death In A NYC Elevator