I have to admit, when the Kaepernick story first broke, I though, what was the problem? It is his right of free speech? But now it is out of control.

All across America, spoiled college, entitled brats are sitting for the National anthem. The very anthem that should be respected. Many of their relatives have fought, or died defending our freedom, so I say enough is enough, but who am I? And that is exactly my point. Who am I? I am one person who is willing to take a stand for what is right, and I come to find out, I am not alone.

So when the Millikin University football team decided to protest the national anthem by remaining inside the locker room – instead of on the sidelines – Connor was faced with a decision.

Would he join his teammates in their university-approved safe space or would he stand on the sidelines and honor America?

Of course the University made statements to defend their decision. You can read that here, because I want to focus only on this young man. A young adult, who could have caved to the pressure of his teammates, but instead decided to stand firm in his beliefs. We need more young adults like this.


Historians may consider the events of Oct. 16, 2016 as inconsequential, but that would be a shame.

Because it was the day an American citizen considered the cost and chose to defy the anti-American sentiment sweeping across the fruited plain. It was the day Connor Brewer, of Springfield, Illinois, stood resolute.

That young man is an American patriot.

In a world full of followers, be the one standing  your ground. The picture below sums it up: 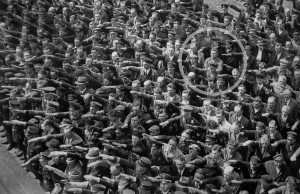 Next [WATCH] Female Officer Hospitalized After Beating; Afraid To Pull Gun Due To Backlash