Hillary Clinton herself publicly admits that she sometimes “short-circuits.” We have witnessed the phenomenon more than once.

Perhaps even more revealing are the things that her Campaign Staff have been saying in private. 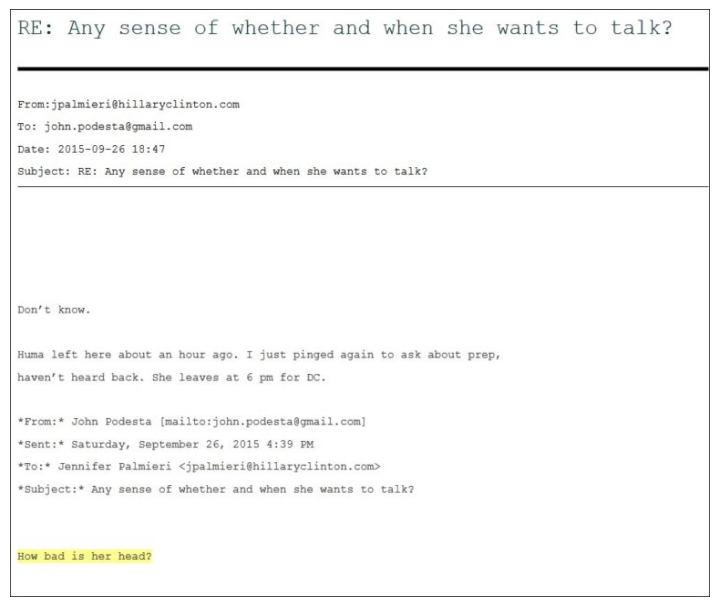 Palmieri responded with, “Don’t know. Huma left here about an hour ago. I just pinged again to ask about prep, haven’t heard back.”

Hillary’s “head” has been the topic of much discussion since, years ago, she fell, suffered a concussion, and developed a blood clot. Many suspect that her health problems are far worse than she has revealed.

The email above is certainly not the only example Hillary’s staff expressing concerns about her health and well-being.

A 2013 email from Hillary’s top assistant, Huma Abedin, revealed that Hillary is prone to being confused. Another Clinton aide, Monic Hanley, told Abedin that Hillary was “in bed for a nap by the time I heard that she had an 8am call. Will go over with her.”

In another example, also from September of 2015, longtime Clinton assistant Neera Tanden wrote, “I mean it makes my life more difficult after telling every reporter I know she’s actually progressive but that is really the smallest of issues. It worries me more that she doesn’t seem to know what planet we are all living in at the moment.”

Regarding the issue, Podesta stated, “Not sure I believe her. We were speculating, that is may be a Don Baer intervention.”

Reportedly, Don Baer is a psychologist that has worked with Hillary in the past. 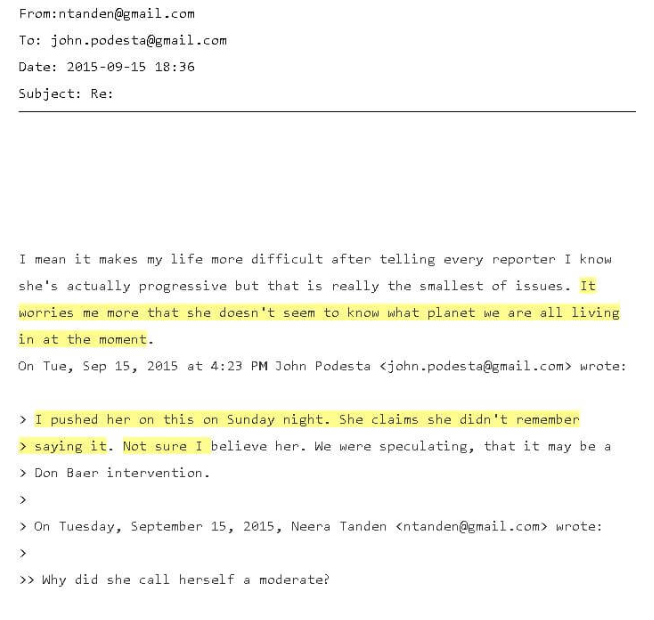 So, without a doubt, the chatter has been going on for some time.

It makes you wonder how bad things really are?

It also makes you wonder if the truth will come out prior to the Election?