29 Year Old, Rhian Davies, was waiting patiently for her mail delivery when she started receiving creepy text messages. Thinking it was someone she may have gone on a “date” with, she decided to answer.

This is really disturbing and not what she had expected.

Daily Mail has the full story:

A mother was left outraged after a ‘creepy’ Yodel courier sent her explicit messages – before blaming it on her for showing her cleavage in her Whatsapp profile picture.

Rhian Davies, 29, was waiting for her order of Kylie Jenner MAC lipstick to be delivered when she realised she had two missed calls from an unknown number.

But, when she contacted the number to ask who it was, Ms Davies received a shocking message from the delivery driver, claiming her Whatsapp photograph was ‘turning him on’. 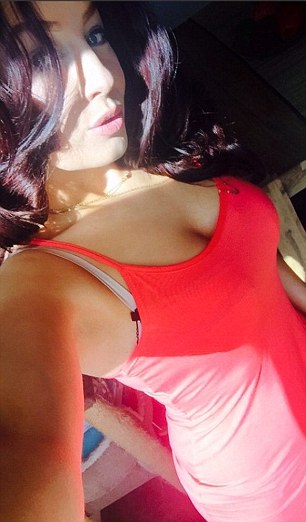 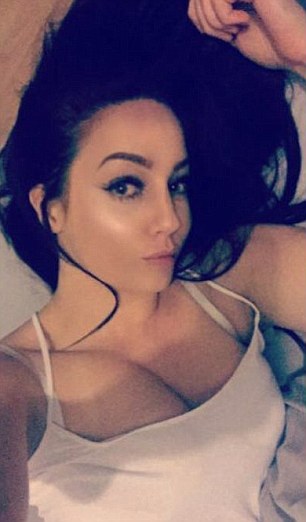 Rhian Davies, 29, was left outraged when a Yodel delivery driver sent her explicit messages saying that her Whatsapp picture was ‘turning him on’

When Ms Davies threatened to report him, the brazen courier tried to blame Ms Davies for ‘starting it off’ because her photo had ‘cleavage showing’.

She told The Sun: ‘I sent a message asking who it was because it could have been a friend or someone I have been on a date with.

‘But I couldn’t believe it when he replied the next day saying it was the delivery driver and saying my picture was turning him on.’

Ms Davies, who lives in Stafford with her daughter, said she challenged the driver over his ‘creepy’ comments, warning that she would report him for his behaviour. 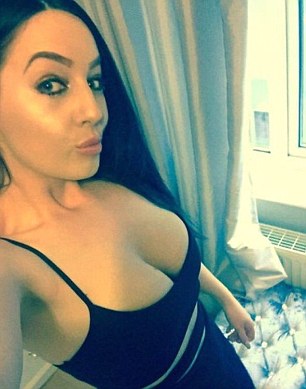 Ms Davies (pictured) said she challenged the driver over his ‘creepy’ comments, saying the incident left her feeling ‘sick’

But the driver then accused her of using a ‘derogatory’ picture on her profile and insisted that it was her fault because she messaged him first.

He added: ‘And I’m only human shouldn’t message a man with cleavage showing. Anything professional in that? Unless your (sic) on purpose flirting with me with your pic.’

Ms Davies later blocked the driver’s number after he tried to phone her again on Sunday night.

She said: ‘My WhatsApp profile picture is just a normal picture of me in a vest. It is not like I am there in just a bra or something.

‘You trust these companies with your personal details and you don’t expect a sex pest delivery driver to start sending your creepy comments.’

The admin assistant has also sent an email complaining about the incident to Yodel but has not yet received a reply.

A Yodel spokesman said: ‘We take complaints of this nature very seriously and apologise for any offence caused.

‘We are carrying out an investigation into this incident and have asked the customer for further information so we can take appropriate action.’ 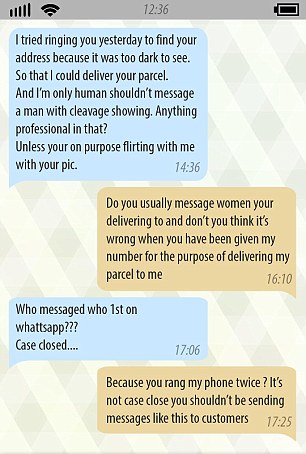 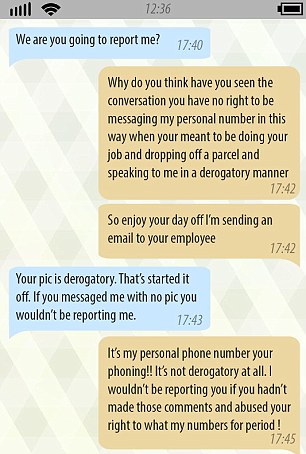 The driver accused Ms Davies of using a ‘derogatory’ picture on her profile and insisted that it was her fault because she messaged him first. The exchange is shown above (left and right)

Next Ever Get Screwed by a RED LIGHT Traffic Camera? This could be the reason Why and Redflex CEO is About to Pay