How can America be so blind? We have Hillary’s playbook all rolled out in a new ad campaign with fancy hash tags like #ImWithHer, #EnlistforHer, #FightforHer, and #DieforHer and people applaud. That isn’t the only frightening part, she is headed straight for your daughters with feminist ideals.

The Russian fear mongering now makes sense, Liberals are priming and prepping us for war. We NEED to WAKE UP before it’s too late!

Daily Sheeple has this to say:

A lot of people, especially millennials, are concerned at Hillary’s war rhetoric, and especially the stuff she made up about tying Wikileaks to Russia at the last debate.

Now an ominous new mock ad campaign about registering for the draft for Hillary on Twitter complete with hashtags, #ImWithHer, #EnlistforHer, #FightforHer, and #DieforHer is making the rounds, reminding us all how close America currently is to World War III and which candidate would definitely, without a doubt, be all about going to war against Russia.

At first glance, it is scary how real these look. 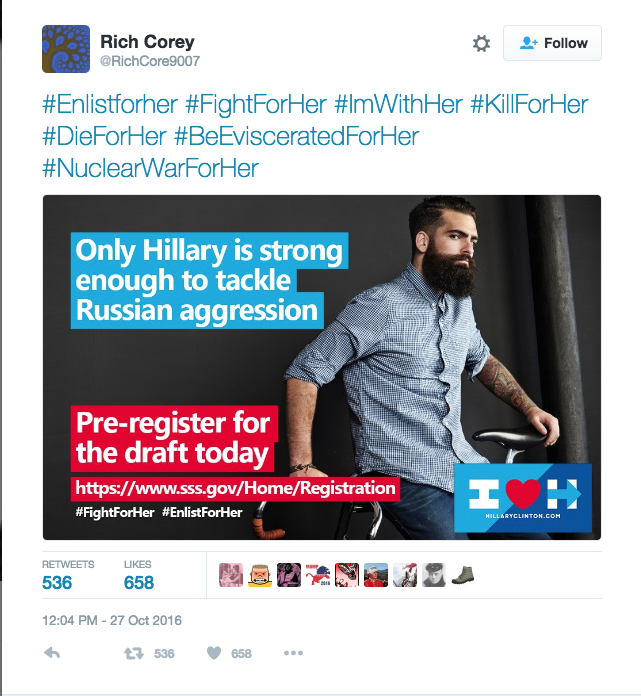 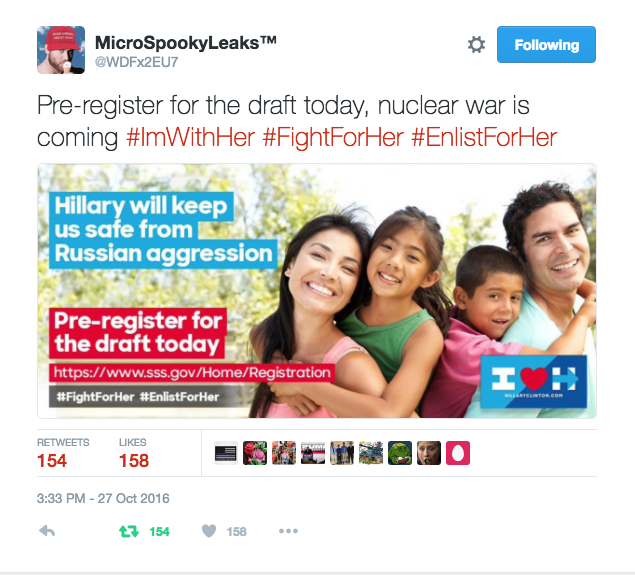 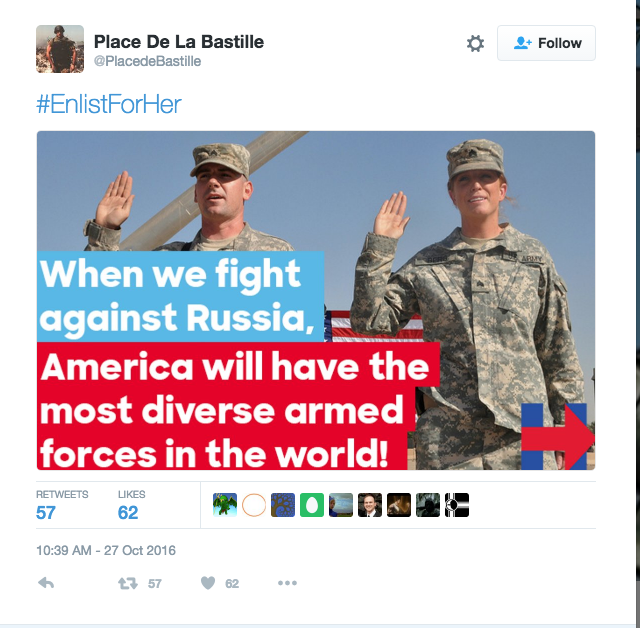 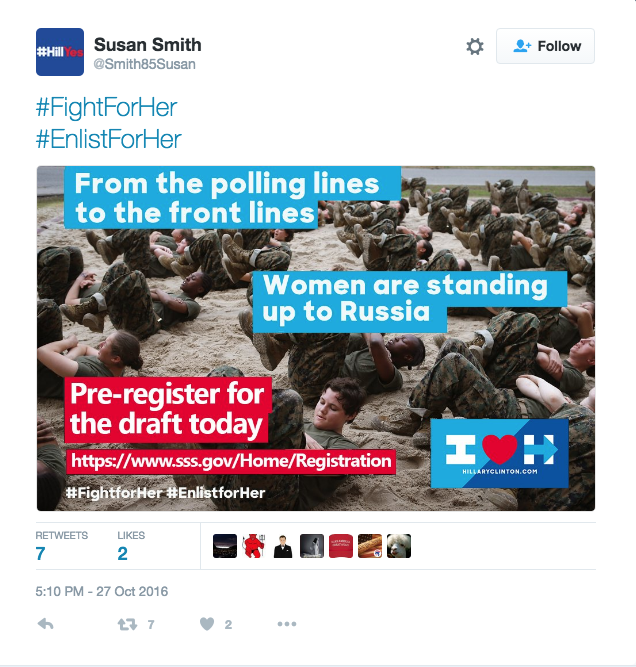 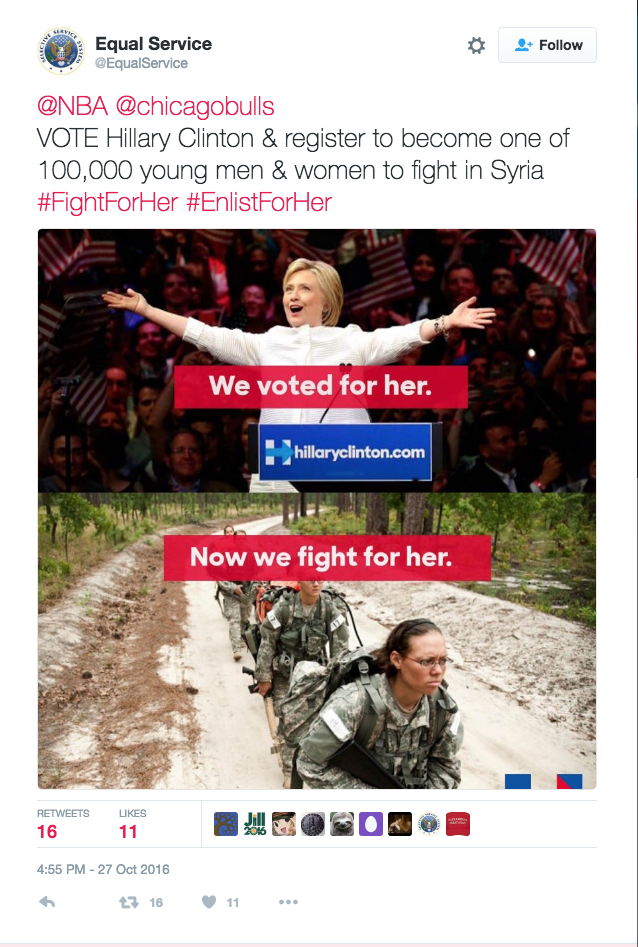 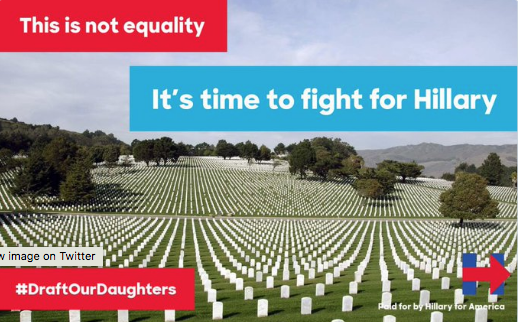 Previous Look At Who Hacked Hillary Campaign's Password - IT IS NOT RUSSIA!