An 8-year-old boy dressed up as Hillary Clinton for Halloween after his mother asked his sister to do so but promptly refused. His parents were so proud when the little boy said that someone had to do it and proceeded to dress up as the criminal candidate.

According to 100percentFedup, A Brooklyn, NY mom thought it would be a great idea to dress one of her kids up as Hillary Clinton…Her daughter refused but her son said yes…The parents who did this are pictured below on the right with their two children in 2014. 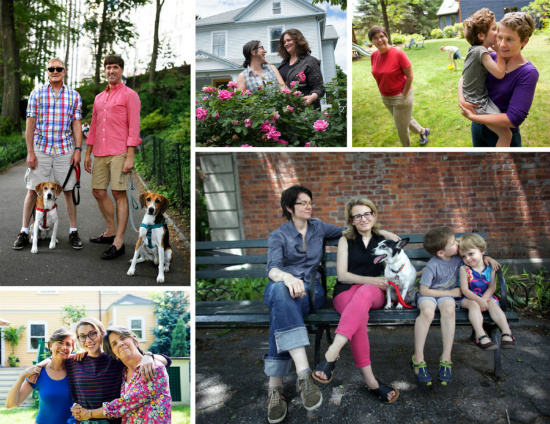 Is this for more free publicity like the publicity this same-sex couple got in the New York Times about same-sex marriage?

In a follow-up tweet, the mother said that her son had stepped up when her daughter declined to go trick-or-treating as Clinton.

The Backstory: Our 5 yo daughter had no costume. We said: How about HRC? Daughter: Nope. Son: Well someone's gotta be Hillary! @HFA #Proud https://t.co/LYzayVSlkq

However, some on Twitter lashed out at the mother and her son

I feel so sorry for the kid.. doesn't have a clue

this would be a much better Hillary than the one pictured above. pic.twitter.com/5TYQFa1YBg

“Our 5 yo daughter had no costume and we said How about HRC?” Daughter: Nope. Son:”Well someone’s gotta be Hillary!” Way to go parents!

Next CNN Turns Over New "Ethics" Leaf, Cuts All Ties With Donna Brazile After Hacked Email