Recent polls show a growing concern among voters after the release of more emails and the reopening of the FBI investigation. Almost half of those polled believe that Hillary’s emails are worse than watergate, while 61% believe the investigation will be drug into the Whitehouse. However, most voters still seem to be torn between what is worse, Trump comments or Hillary Emails.

If you ask us, there is a lot less blood on Trump’s hands than Hillary’s. Isn’t that enough to change your vote? Apparently not.

Washington Examiner had this to say:

While polls out Monday morning do not show a big swing away from Clinton to Republican Donald Trump, they do show renewed concerns about the revived investigation into her email server due to thousands of previously unknown emails found on the computer of former Rep. Anthony Weiner, the estranged husband of top Clinton aide Huma Abedin.

While unlike Watergate, which eventually led to former President Richard Nixon’s resignation, a Morning Consult poll asked voters to compare the 1970s-era affair to the email controversy and 45 percent said the Clinton email scandal is “worse than the Watergate scandal.”

From the analysis of their survey conducted with Politico: 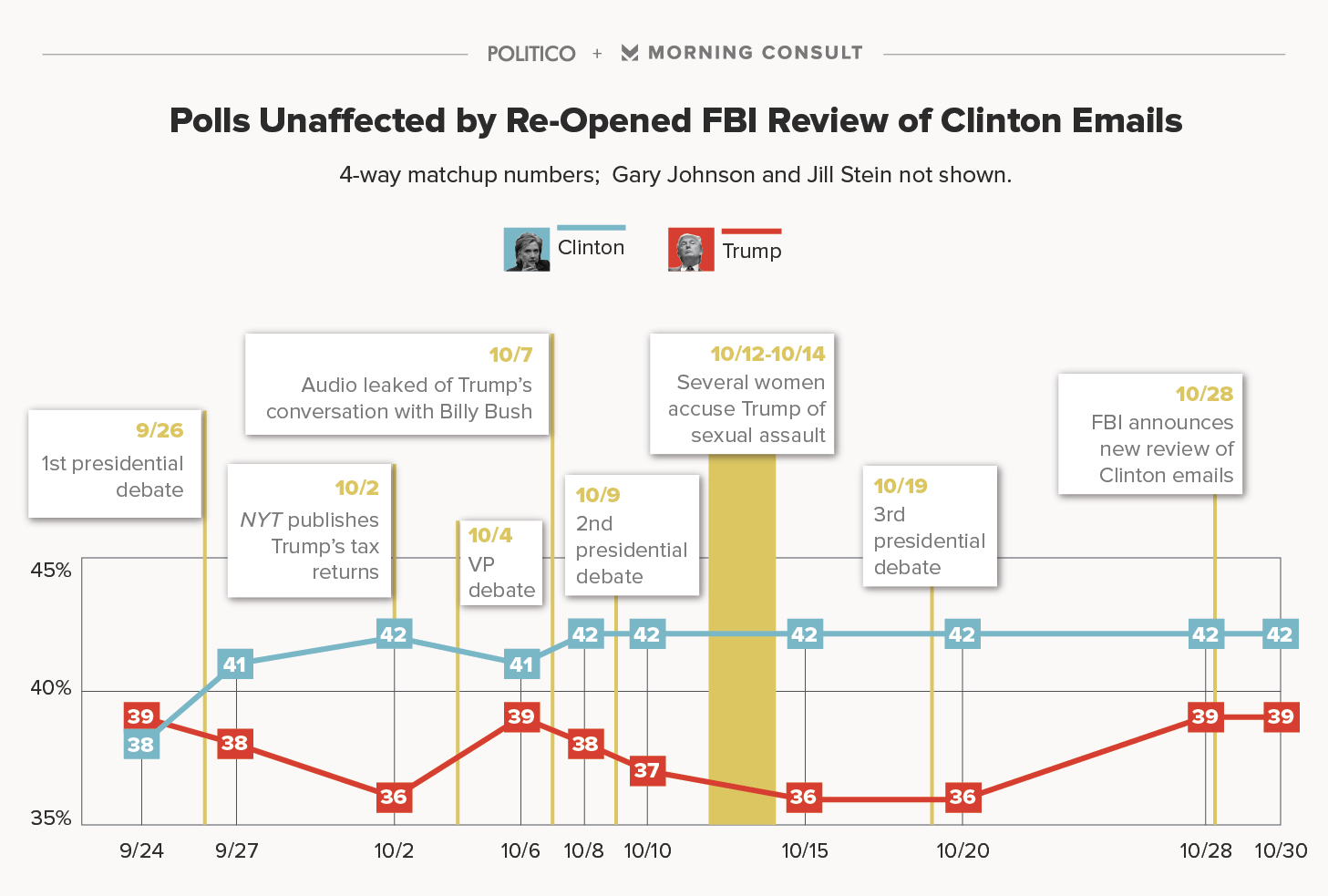 More people are worried that an investigation into Clinton’s email will continue into her administration, 61 percent, than the 47 percent who think the same could happen to Trump and cases on Trump University.

Nearly half of those surveyed, 45 percent, say the Clinton emails were worse than the Watergate scandal, a talking point Trump has hammered since news broke Friday. More than eight in 10 Republicans say it is worse than Watergate.


Previous Liberals Wage All Out WAR on James Comey, The Irony!