According to Elite Daily:

Gareth Ferguson seemed hopeful everyone would catch the bright side of his favorite wedding photo. 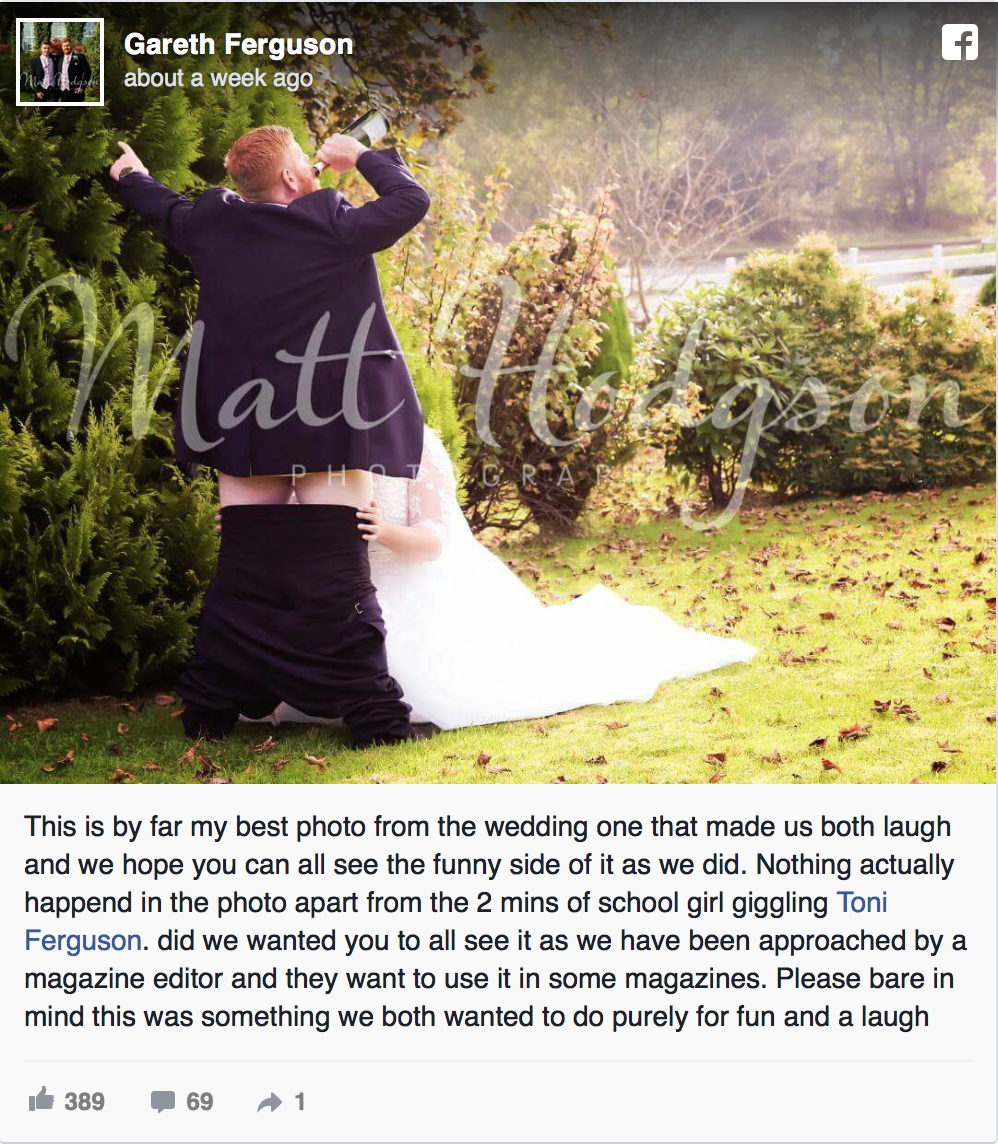 see the funny side of it as we did.
But of course, there are always two sides to the wave of reactions that come crashing down on a raunchy joke like

this: the cool people who never let sanctimony get in the way of a good laugh, and the lames who want to clutch

their pearls about everything.

Well, the lames had their say on this one, and they gave the Fergusons a piece of their mind. Toni Ferguson told The Sun,

People have told us it’s disgusting, that we’ve lost the plot or have missed what a wedding is supposed

Anyway, the Fergusons promise there’s plenty more where that came from. Their photographer took other

And it’s clear why they did it, too. All the other photos in their album are boring and mundane, so they wanted to 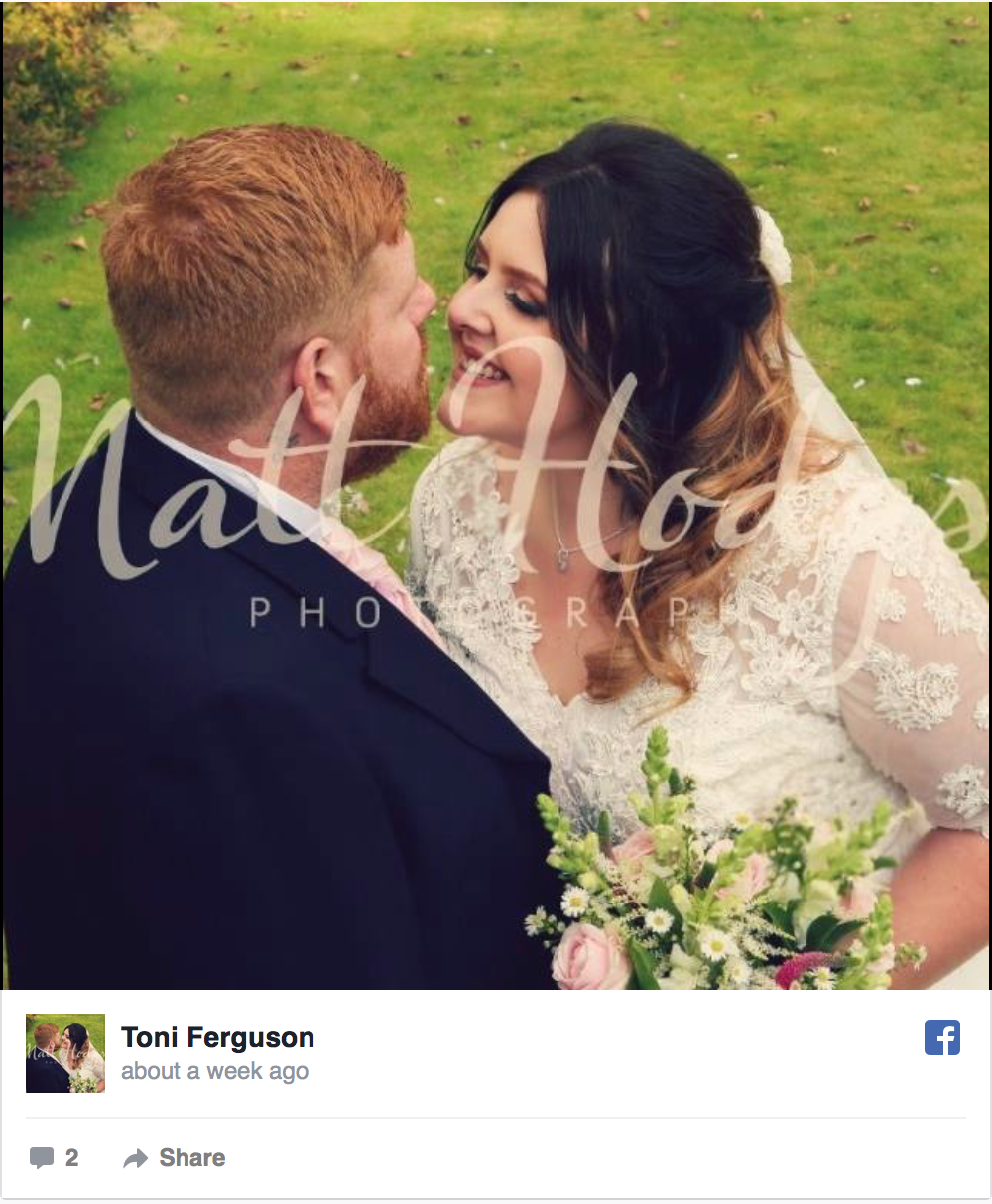 Still, haters gon’ hate, so you know some people came after the newlyweds. Toni, though, had a perfect response

kids see that photo when they’re older and DON’T laugh then I’ve brought them up wrong.

Shoutout to the Fergusons. I mean, I probably wouldn’t have done it, but, then again, that ain’t my money. You

hear that, whiners? It’s their money.

Next [VIDEO] From Drunks to Boobs to Fights, What It's Like to Be A Bouncer On Halloween