Perhaps they will load Hillary, Huma, Podesta, Mills, and the whole gang on to a prison bus at one time! 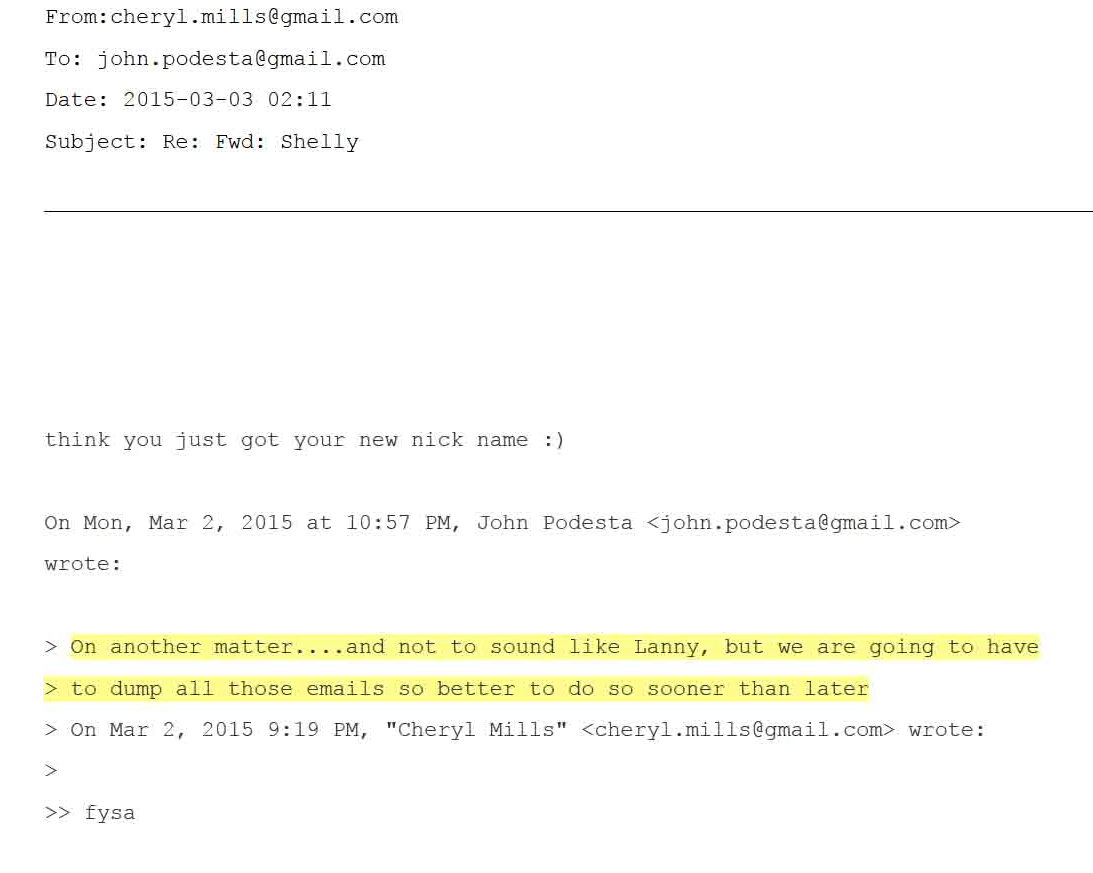 Podesta wrote, “On another matter….and not to sound like Lanny, but we are gong to have to dump all those emails so better to do so sooner than later.”

It is unclear who “Lanny” is, but Mills responded, “Think you just got your new nick name.” 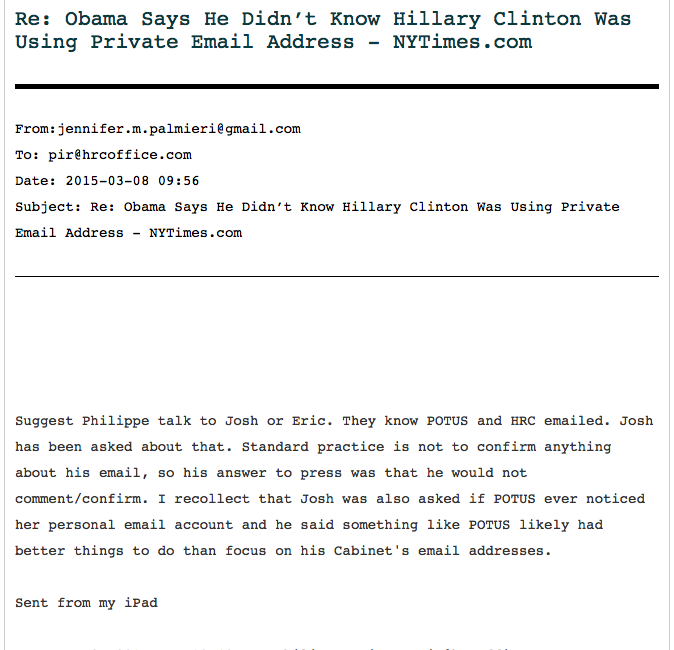 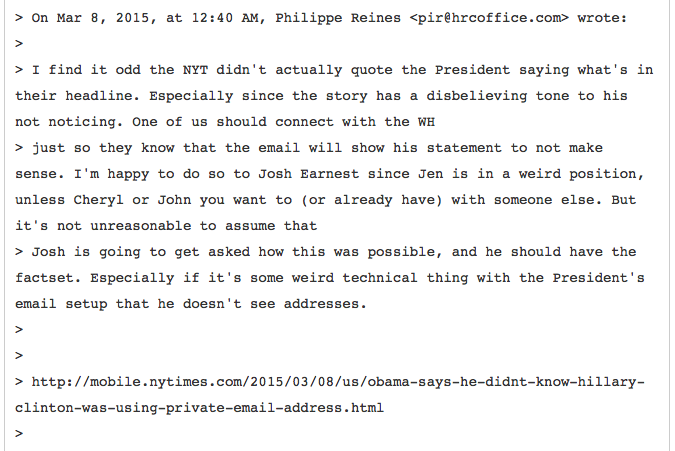 Palmieri wrote: “…They know POTUS and HRC emailed. Josh has been asked about that. Standard practice is not to confirm anything about his email, so his answer to press was the he would not comment/confirm. I recollect that Josh was also asked if POTUS ever noticed her personal email account and he said something like POTUS likely had better things to do than focus on his Cabinet’s email addresses.”

She does mention that the President may have had an odd email setting where he does not necessarily see the address where a message came from.

Is this the smoking gun in the email case? Given admissions my multiple people that they destroyed hardware and deleted data, it stands to reason that Podesta, Mills, Palmieri, and others should be called to testify.

Of course, their friend Huma Abedin, and the 650,000 emails that she somehow saved may steer their future for them!


Previous [VIDEO] Huma Abedin CAUGHT ON CAMERA, But Who Is That Man?