In what is supposed to be the biggest dump on the Clintons in history, these groups along with many others believe this will end Hillary and many other politicians. Tomorrow is the BIG DAY.

The Gateway Pundit had this to say:

The groups say they have video and pictures of Bill Clinton having sex with minors.

4Chan announced on Thursday that emails, pictures and video will be released of Bill Clinton, as well as at least 6 other government officials, taking part in sexual acts with minors. 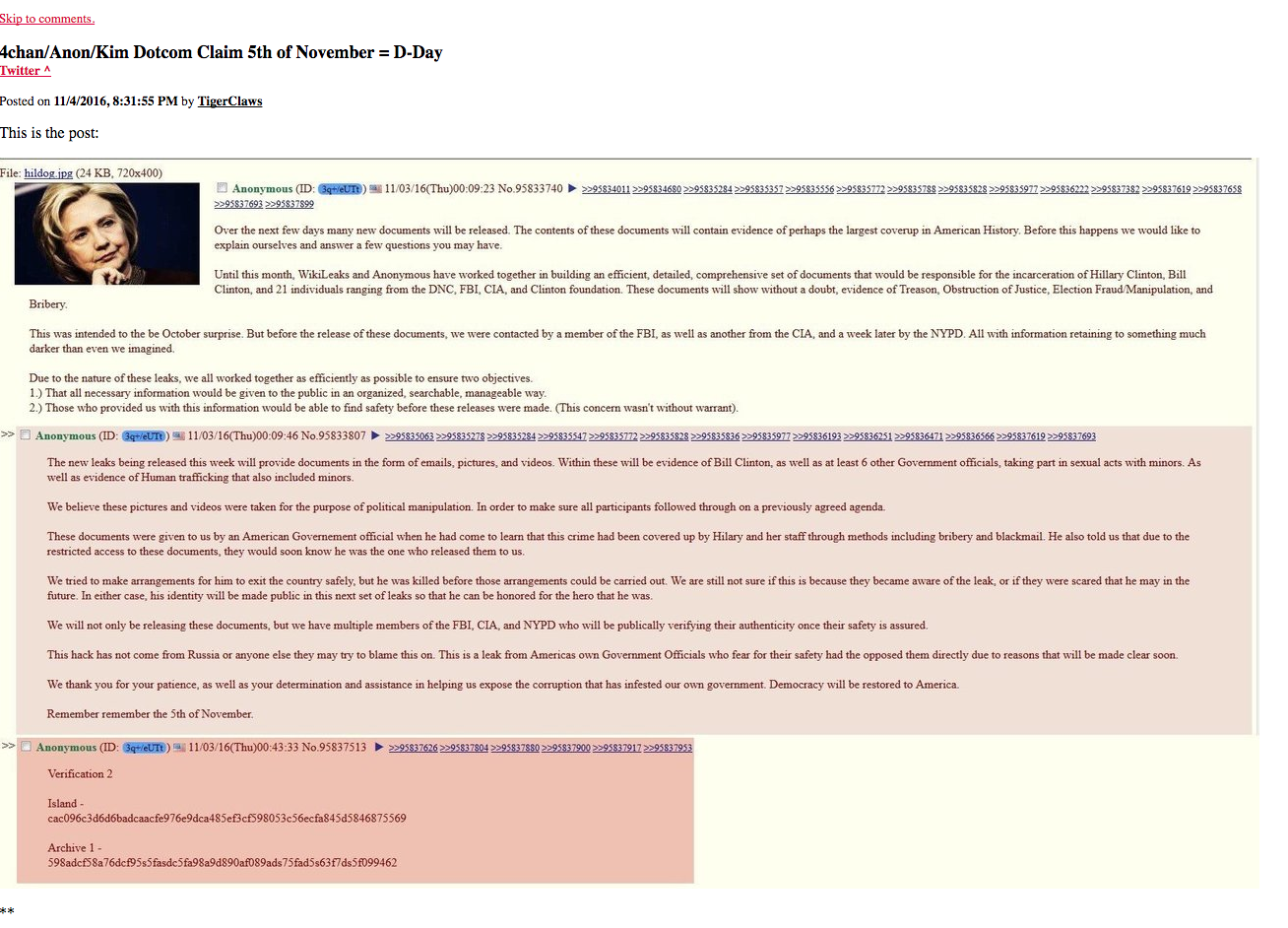