Trump Tower is currently at the center of speculation as the election war wages on. ISIS has recently made threats on the American people, calling for their “slaughter” while at the polls but this could easily be post election protection as well. People aren’t going to be happy on either side and there is speculation of rioting in the streets.

The NYPD promised record security through election day, and this morning an imposing barrier of ten Sanitation Department trucks parked end-to-end on Fifth Avenue between 56th and 57th Streets, creating a YUGE wall outside of Trump Tower

Many supporters are a bit upset as they won’t be able to see anything saying,”I don’t like that, because I can’t see. I wanted to see him walk in there,” said Trump supporter Brandy Walton. Walton, from Washington State, has been in town since the marathon this weekend.

I suppose they will just have to be a bit more understanding.

TMZ has this to say:

Trump Tower — the place Donald Trump calls home and work — is being protected by a line of dump trucks all filled with sand … and the endgame is to prevent terrorist attacks.

A Dept. of Sanitation spokesperson tells us they’ve also got trucks set up at The Peninsula Hotel, Hilton Hotel and Javits Center for the same purpose.

There’s also a heavy police presence outside the tower and at The Hilton in NYC … where Donald’s set to celebrate IF he wins. 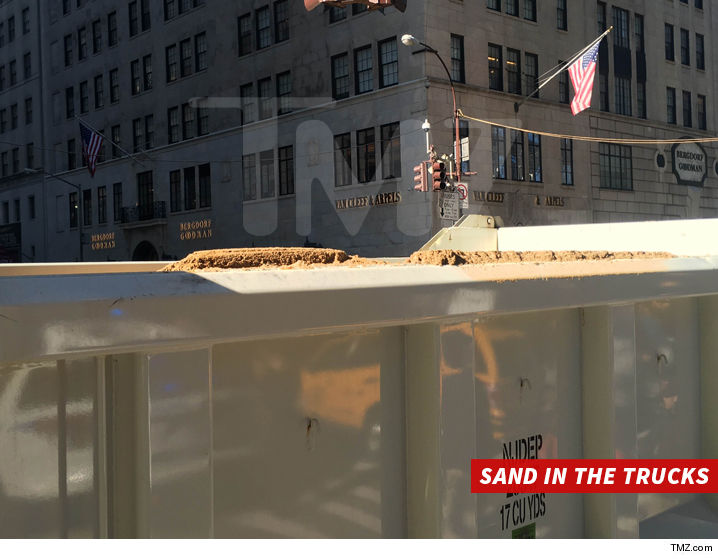 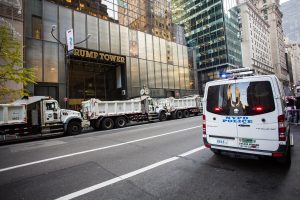 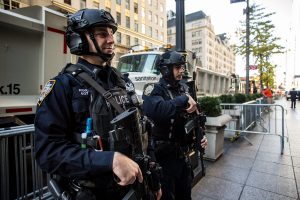 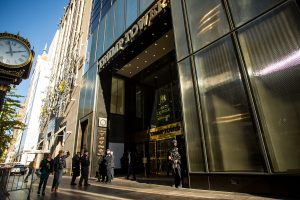 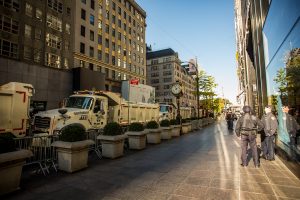 Previous While You Were Busy VOTING, NATO Deploys 300,000 Troops to PROVOKE Russia

Next While You Were Distracted By The Election, A Cocaine-Fueled ACTIVE SHOOTER Rampaged