SIde by side, Trump and Melania cast their vote in a Manhattan public school. Trumps daughter, Ivanka, was also there to show her support. According to CNN, the Trump’s were met with boos and even louder shouts as they left. Manhattan is a largely liberal area, these actions really come as no shock but CNN was happy to point it out. Construction trucks currently block Trump Tower in attempt to block potential vandalism.

As Trump entered the building, a young boy was selling baked items, of course Trump showed his support by buying some items telling him to “keep the change”

Daily Mail had this to report:

As he sauntered into the local public school, the billionaire bought a baked treat from a local youngster, telling the child to keep the change.

Melania Trump wore sunglasses inside the polling place – and a camel military-inspired jacket over a tan outfit. ‘Exciting day, fantastic day,’ she told reporters on the scene.

‘Very good,’ Trump replied when a reporter asked for an update on early voting returns. ‘Tough decision,’ he added, when asked which presidential hopeful was getting his vote.

When Trump was asked if he would concede to his rival, Democrat Hillary Clinton, if the election is called in her favor, Trump replied, ‘We’ll see what happens.’

CNN reported that the Trumps were met by some boos, as Manhattan is typically a Democratic stronghold, when they first appeared at the polling station and even louder shouts as they exited. 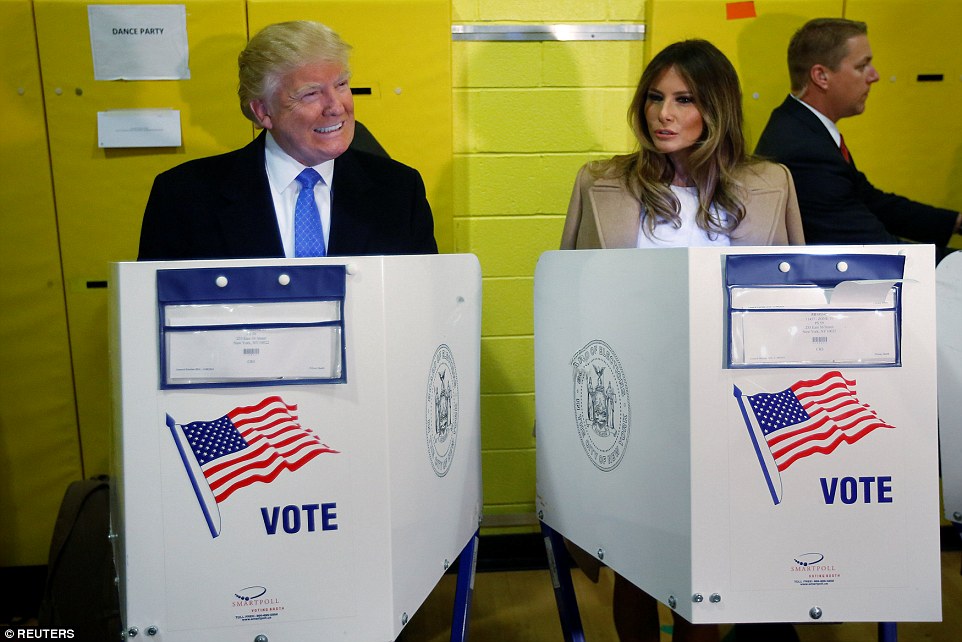 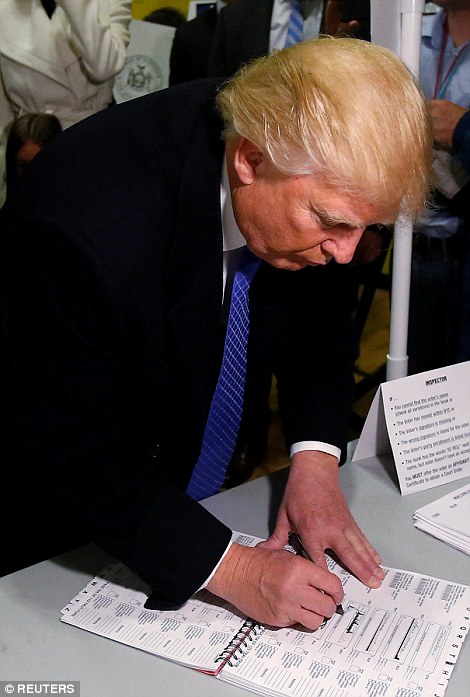 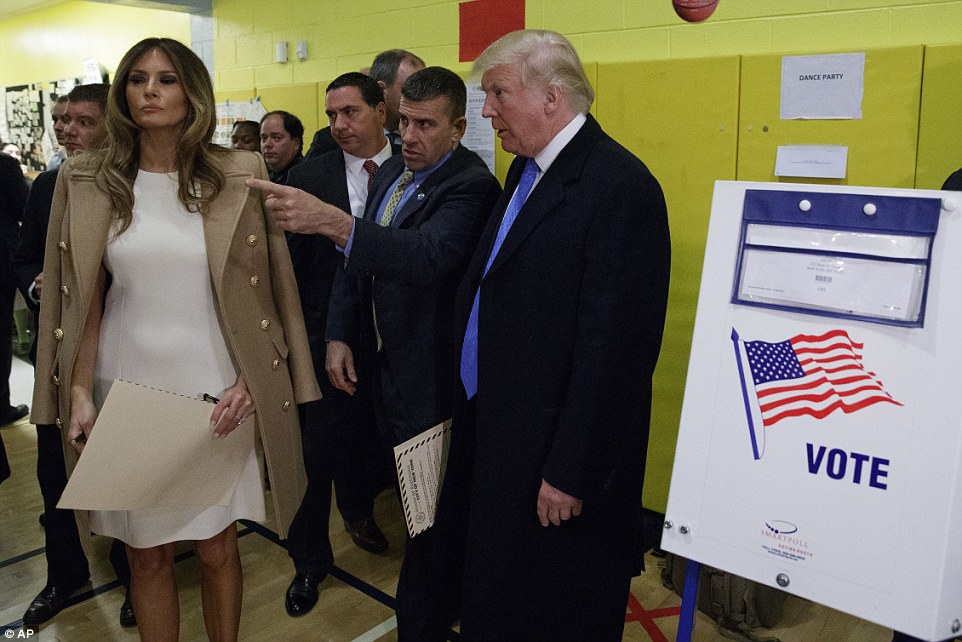 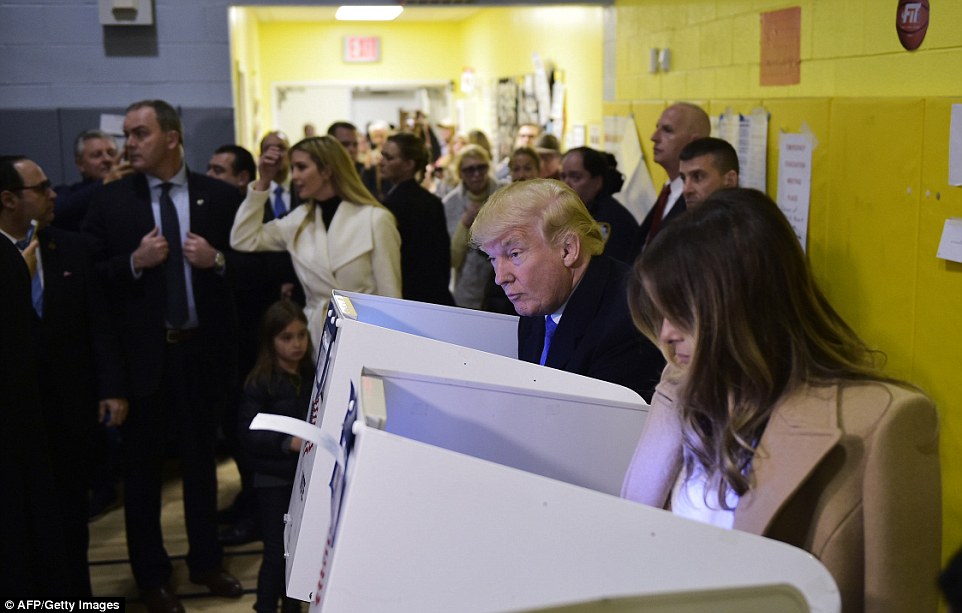 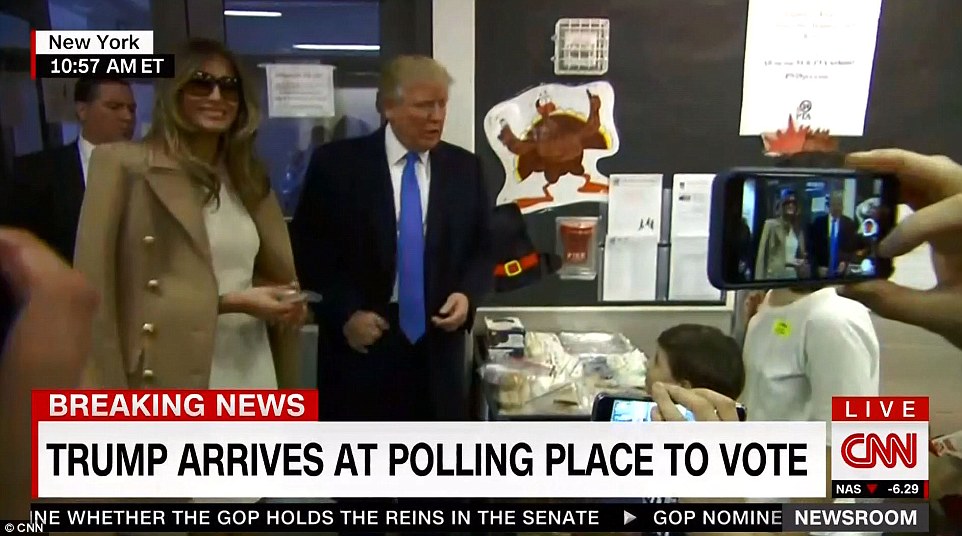 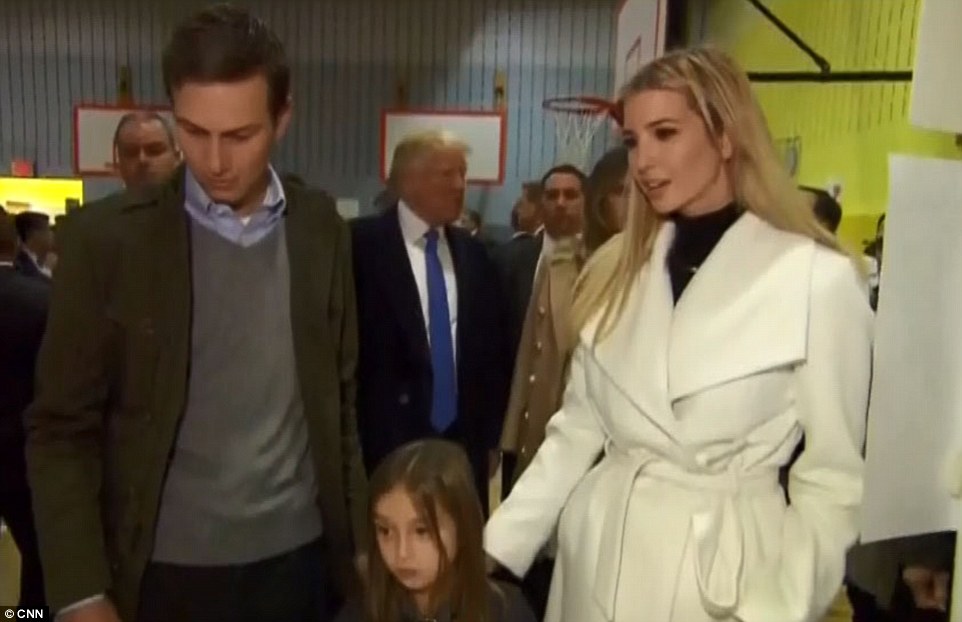 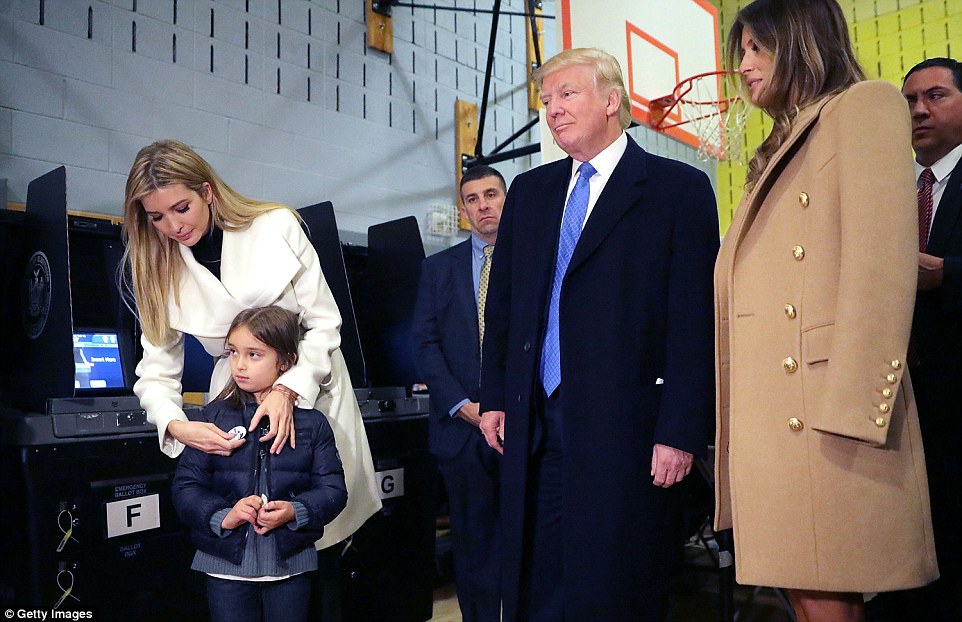 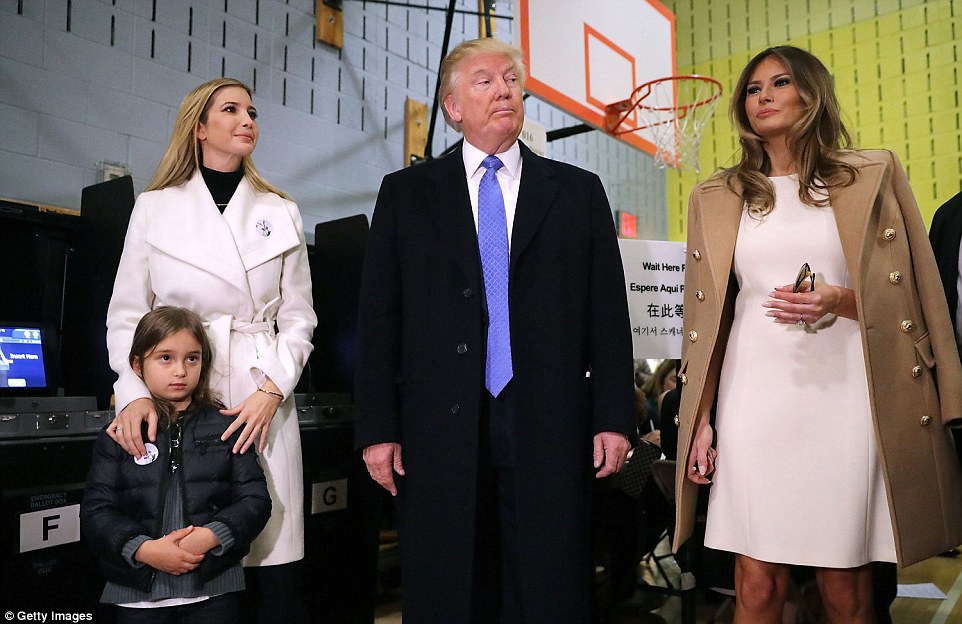 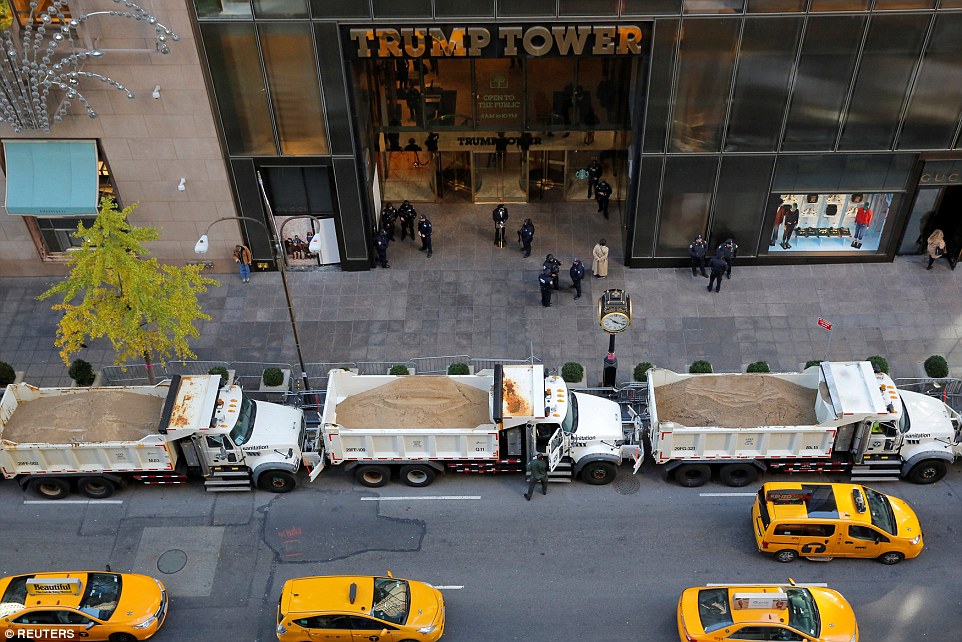