WATCH what happened to this voter! If it happens to you, here is a list of numbers you can call:

This person, a Trump supporter, was not able to select Trump/Pence as his choice. He tried repeatedly, then asked for help.

this is what I was talking about, they fixed it but it was on some nut shit at first. pic.twitter.com/GO5Y9FCnYN

This is not the first problem of its kind this Election Season. Earlier we reported:

URGENT – If You See This LOGO On Your Voting Machine, Demand A Paper Ballot

And, on another occasion:

SHOCK VIDEO: This Is What Can Happen If You Don’t Demand A Paper Ballot

In this all-important 2016 Presidential Election, make sure that your vote counts. There have been reports of election and voter fraud, including allegations that voting machines are tied to George Soros and the Clinton Foundation.


Hillary Clinton has voted. Donald Trump has as well.

Of course, today stands to be a long day for most who are involved or interested in this Election. I am praying that we do not have another recount scenario like we had with Bush/Gore many years ago.

It is also apparent that WikiLeaks and Anonymous plan to be active today.

[VIDEO] Anonymous and Kim Dotcom: ‘TODAY IS THE DAY’

BREAKING: Assange Statement on the US Election

Early this morning, Assange and WikiLeaks delivered this shocker:

Do you believe that Assange and Anonymous have waited too long to present the information that they have. Both have indicated that they have waited until Election Day so that there will be no time to replace Hillary Clinton as a candidate.

Vote from your heart and make sure that your vote counts! 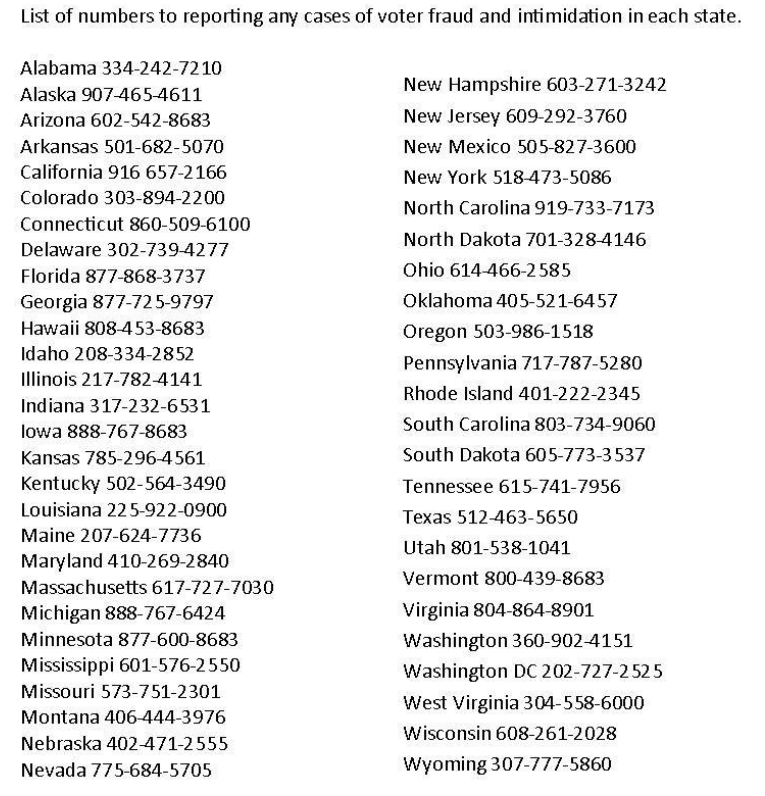 Previous BREAKING: Assange Statement on the US Election

Next [WATCH] Donald Trump Booed When He Arrives At Polling Location