Aren’t liberals smart enough to know that the Secret Service can read their social media? Can you say JAILTIME?

Less than twelve hours have passed since Donald Trump’s historic victory, and so-called peace loving, tolerant liberals are running the risk of a visit from Secret Service agents who protect our President Elect. Be prepared, this stuff is disgusting.

Last time I checked, talk of assassinating a President was not considered legal. If a threat only appears on liberal social media, that form of delivery does not make it right. 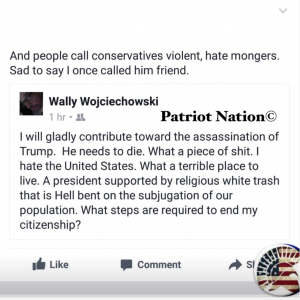 Hey, Wally! Do not be surprised if the Secret Service and other Feds knock on your door to have a talk with you.

There are even Facebook groups that liberals can join to discuss assassination ideas.

This gem of a group is called “ASSASSINATION OF DONALD TRUMP.” Straightforward and disturbing.

Here is another real peach: “Join to assassinate Donald Trump.” Again, don’t these crazy people know that what they are doing is not legal? 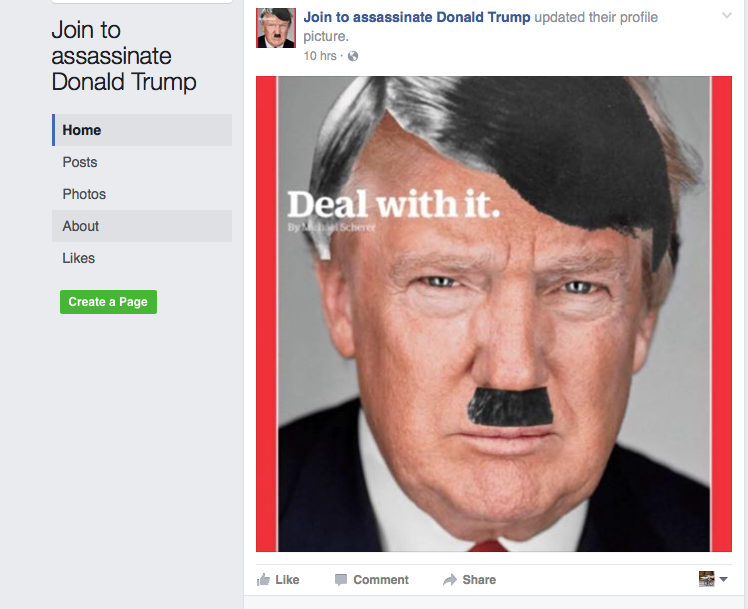 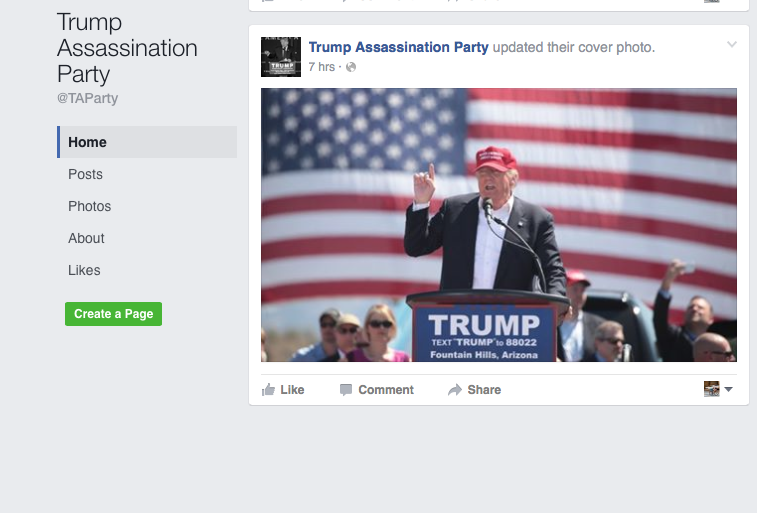 Of course, Facebook is not the only social media outlet that is being used to spread this kind of hate.

Some Twitter users are calling for the use of GoFundMe: 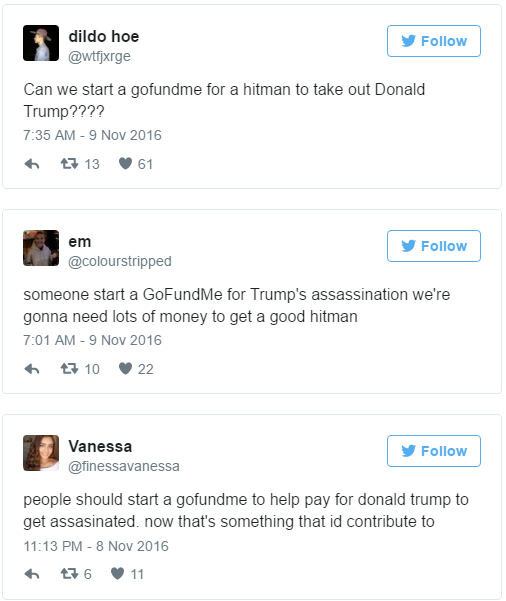 Even some in the mainstream media are using inflammatory words like “whitewash.” Check out our friend Van Jones:

.@VanJones68 on #ElectionNight: “This was a whitelash against a changing country” https://t.co/DumWoBvixe pic.twitter.com/Kmt2eBJxci

We could go on all day. 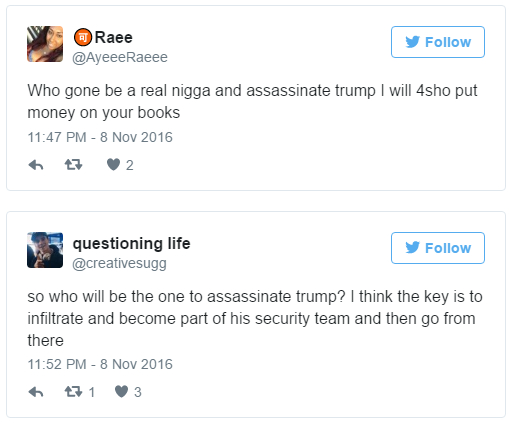 Are these people so naive that they don’t think the Secret Service is watching?

“Recently, the popular social networking site Facebook had a poll asking whether President Obama should be assassinated. The responses were: yes, no, maybe, and if he cuts my health care. Over 700 people answered the survey before officials at Facebook removed it from the Web site. It was removed at the urging of the US Secret Service, which investigated the matter, just as it investigates all threats against the President.”

Hey, Liberals, here is some advice: Get a life, and stop talking about violent assassinations, or you may find yourself with much less freedom than you have now!

Next [WATCH] Lady Gaga's BIZARRE Protest Outside Of Trump Tower