The insanity of this election is increasing. We know now that Soros is “bussing” in protestors to major cities. The left just can not wrap their head around losing this election. The madness that is taking place in our beloved country has reached an all time high, but we will not back down! We will stand tall, and continue to fight for what is ours.

Trump won the Presidency fair and square. The majority of the country wants Trump, it is as simple as that.

The super liberal city of Portland is on high alert. The protests have now been upgraded to riots. See the tweets below from the Portland police…

Due to extensive criminal and dangerous behavior, protest is now considered a riot. Crowd has been advised.

Those not wanting to be associated w/anarchists should leave the area immediately. Peaceful protesters encouraged to go to Pioneer Square 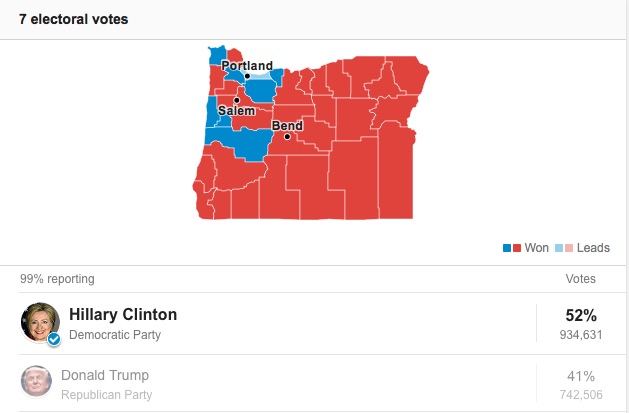 Please say a prayer for our servicemen and women today. These are scary times, but better days are ahead. President Trump is in the house!


Previous [Watch] Feminist Comedian: "Get Your Abortions Now, We are F**ked", and She Wasn't Joking

Next NOT SO FAST: Think Hillary Won The Popular Vote? THINK AGAIN!