When you are a model, everything, even politics, somehow relates to YOUR BODY. This protest is better than Madonna’s, that is for sure!

Emily Ratajkowski has been a vocal supporter of Bernie Sanders since the beginning. She felt the Bern long before Hillary Clinton, the DNC, and their crooked campaign rigged the system against Sanders. Truthfully, the Democrats chose a candidate in Hillary that was not nearly as electable as Bernie Sanders would have been. It appears that Ratajkowski had a point. Their mistake. Their loss.

Now that Donald Trump is the President Elect, the beautiful super model Ratajkowski is speaking out again.

This time, she posted a picture to her Instagram account that features her famous body, in a nude thong, breasts covered by her hands. Written next to her is the text, “My Body, My Choice.” 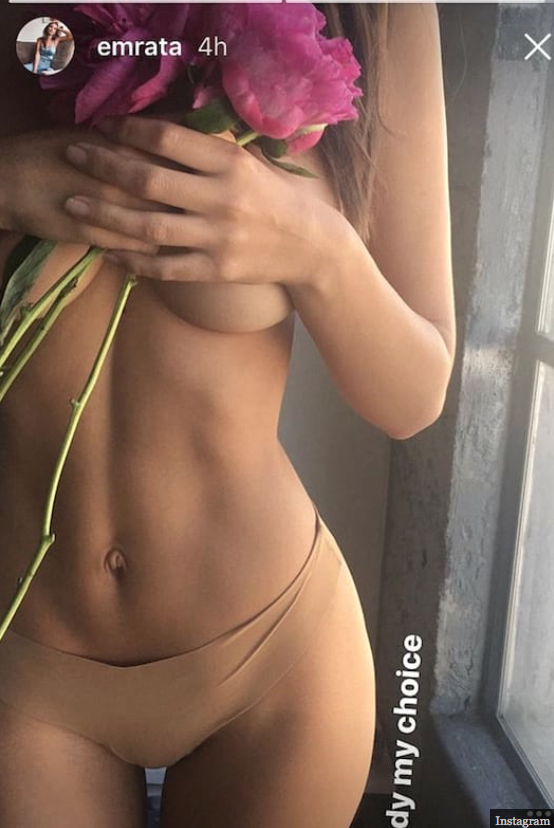 Clearly, Emily Ratajkowski is making her views of abortion known. President Elect Trump is said to be Pro-Life, and Ratajkowski’s photo is certain to please throngs of Pro-Choice activists. The saying, “My Body, My Choice is also used in an anti-rape culture campaign.

After Trump was elected, Ratajkowski posted a blacked out image to Instagram. It is thought that this was some kind of protest as well.