While it seems Hillary has accepted her loss, she now needs to make sense of it all and blaming others is her best bet. These comments were made during a call to her campaign donors on Saturday. According to Hillary, she was set to win the election until Comey released his Oct 28th letter essentially reviving her email scandal, swaying white women to vote for Trump. Never mind the truck loads of wikileaks documents and emails that still continue almost daily. Or how about the American people are just plain SICK of the Clintons.

Isn’t that just the way it is with Hillary? Here we are and even liberals are blaming their OWN party for flaws in their own argument and Hillary points the finger at Comey. It’s time American’s learn that Hillary will never take responsibility for ANYTHING. She doesn’t know how.

‘Our analysis is that Comey’s letter raising doubts that were groundless, baseless, proven to be, stopped our momentum,’ Clinton told donors, according to the New York Times. 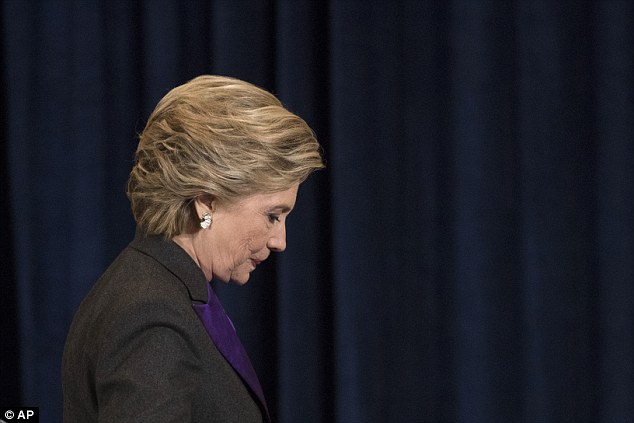 The new examination was sparked by an unrelated investigation into former New York Rep. Anthony Weiner, the estranged husband of her top aide, Huma Abedin.

The investigation was sparked by a DailyMail.com report that revealed Weiner had been sending explicit messages to a 15-year-old girl.

‘We were once again up in all but two of the battleground states, and we were up considerably in some that we ended up losing,’ Hillary said, according to the newspaper.

The campaign also said the letter was particularly damaging with white women, who they believed were on the fence until Comey’s announcement pushed them onto Team Trump.

White women voted for Trump in surprising numbers, and were a major factor in deciding several of the key swing states that put Trump in the White House. 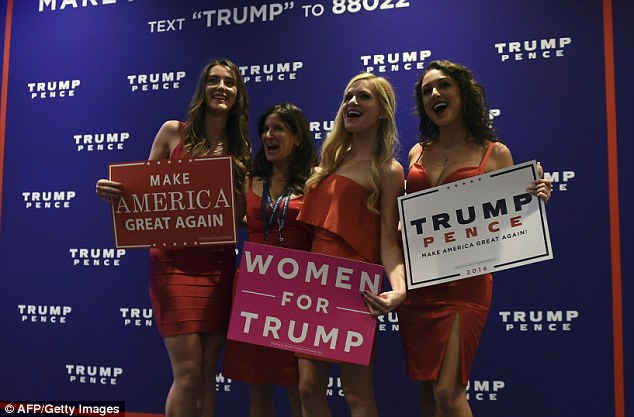 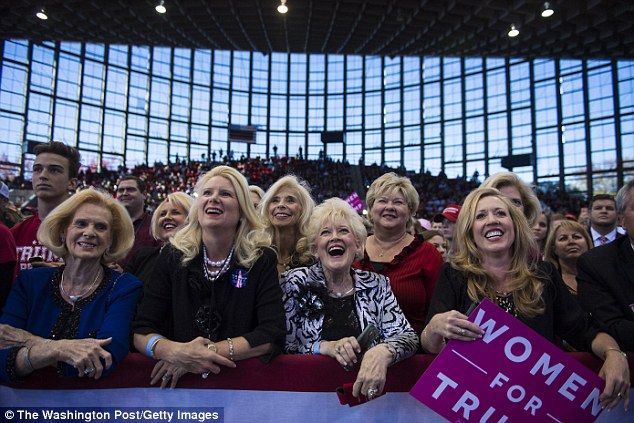 Significantly more white women voted for Donald Trump than expected. Pictured are a group of women at a rally on Monday in North Carolina

While Clinton accepted some blame of her loss, according to donors who listened to her call, she made little mention of the other factors driving Trump’s victory: A desire for change by voters, possible sexism, the difficulty of a political party winning a third White House term, her campaign’s all-but-dismissal of white working class voters and flaws within her own message.

Democrats have spent much of this week reeling for their loss, with many in the party beginning a process of soul-searching designed to sort out what exactly went wrong.

Liberals like Vermont Sen. Bernie Sanders and Massachusetts Sen. Elizabeth Warren say Democrats must embrace a more aggressive economic message — one Clinton largely shied away from during her campaign.

Clinton’s blaming of Comey echoes what her aides have said in the days since the election. 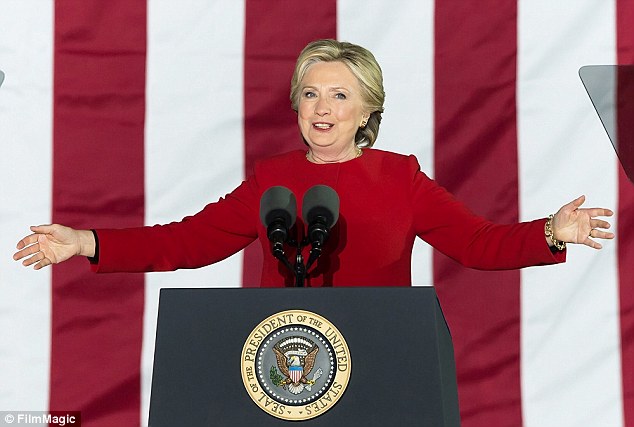 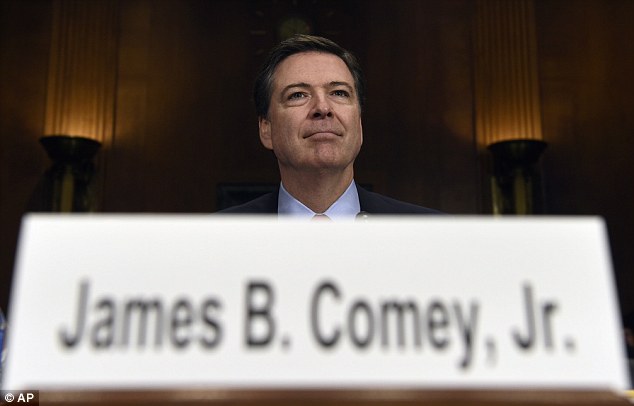 ‘We believe that we lost this election in the last week. Comey’s letter in the last 11 days of the election both helped depress our turnout and also drove away some of our critical support among college-educated white voters—particularly in the suburbs,’ Navin Nayak, head of Clinton’s opinion research division, wrote in a letter obtained by Politico.


Previous The Rise Of Melania Trump, from Communism to the White House