Iowa lawmakers are tired of these liberal crybabies sucking up taxpayer money for their sit-in’s and grief counseling. Enough is enough and these lawmakers have one thing to say, “suck it up buttercup”

Rep. Bobby Kaufmann is set to introduce the new bill in January calling this whole thing “quite annoying”, students have the right to be hysterical but it should be done on their own time .

The bill not only will keep colleges from using state funds but will also establish new criminal charges for protesters who shut down highways.

Breitbart had this to say:


“I’ve seen four or five schools in other states that are establishing ‘cry zones’ where they’re staffed by state grief counselors and kids can come cry out their sensitivity to the election results,” said Rep. Bobby Kaufmann (R-Wilton) to the Des Moines Register. “I find this whole hysteria to be incredibly annoying. People have the right to be hysterical … on their own time.”

It would cut the budgets of state-funded universities that spend taxpayer dollars on election-related sit-ins and grief counseling beyond the usual amount related to students for double the amount that they spend on those activities, Kaufmann said.

The bill would also establish new criminal charges for protesters who shut down highways. 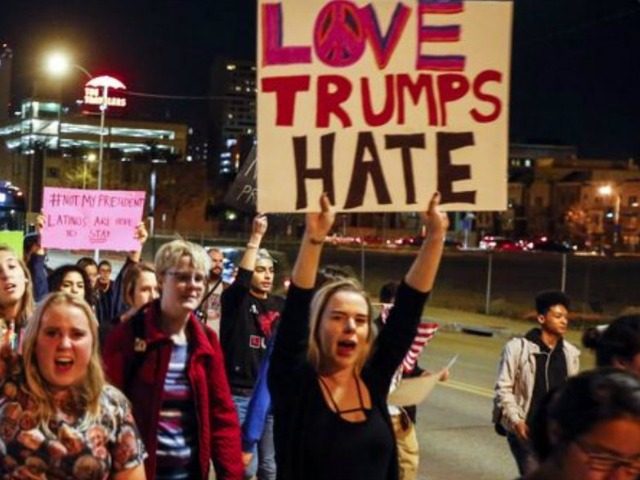 Spokesmen for the state’s public universities say that they are not spending additional state resources to give students a chance to talk about the election and process what it means to them, even though they have held a number of events for that purpose.

“I think universities are the perfect place to have these types of conversations,” said Scott Ketelsen, director of university relations at the University of Northern Iowa. “It’s where people learn. It’s where they share ideas. I don’t consider it coddling.”

Protests about the election have not been limited to college campuses, however. Protesters have also taken to the highways to protest President-elect Donald Trump.

In Iowa, more than 100 protesters blocked off I-80 for 30 minutes on Friday night, the Press Citizen reported.

Kaufmann said his bill would make it easier for law enforcement to charge protesters with a crime.

“I have no issue with protesting,” he said. “In fact, I would go to political war for anyone who wanted to protest or dissent and they couldn’t. But you can’t exercise your constitutional right by trampling on someone else’s. When they blocked off Interstate 80, they crossed a line.”