All looks and no brains? If you are going to lie, you have to be smart about it!

Her plan was failsafe but she overreached and was not smart enough to execute it.

This girl, “Jackie,” told her boyfriend that she would be traveling for work, alone. She would be staying in a hotel in Atlanta.

The odds of getting caught in this scenario were fairly low, as the boyfriend does not appear to be the jealous type, though he did have his suspicions.

It is almost if this girl wanted to get caught, and her subconscious guided her to make a crucial mistake. A mistake that certainly caused the end of her relationship!

Jackie announced her safe arrival in Atlanta with this picture, around 4pm: 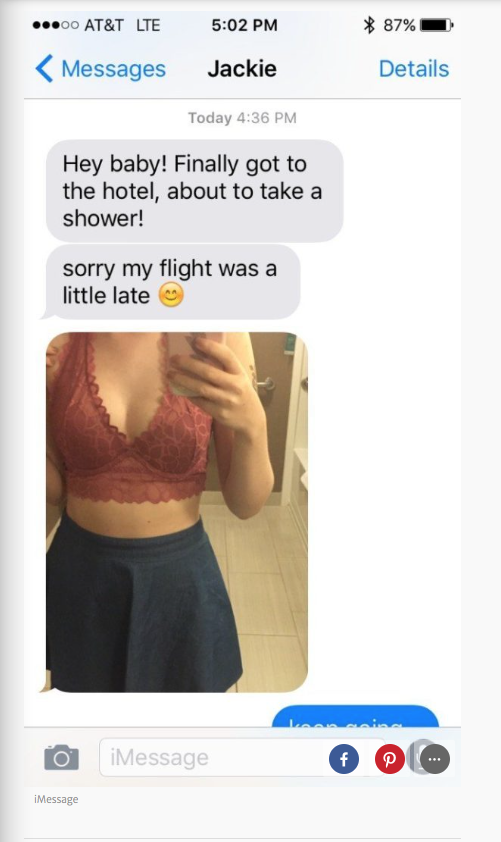 Jackie was clearly using a bit of logic with her hot pictures. She was trying to convince her boyfriend that she was thinking of him while away. Sexting would convince him, right? 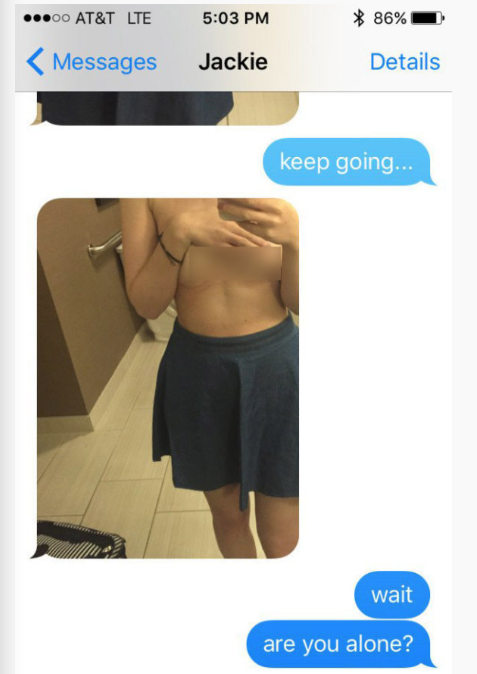 Uhoh, he spotted something that did not make sense to him. Now, his suspicions were coming to light, especially with the question, “Wait, are you alone?”

Jackie tried to distract him by raising the bar on the hot photos. This time, she showed even more skin.

She gave him the room number, 1422. What could possibly go wrong? 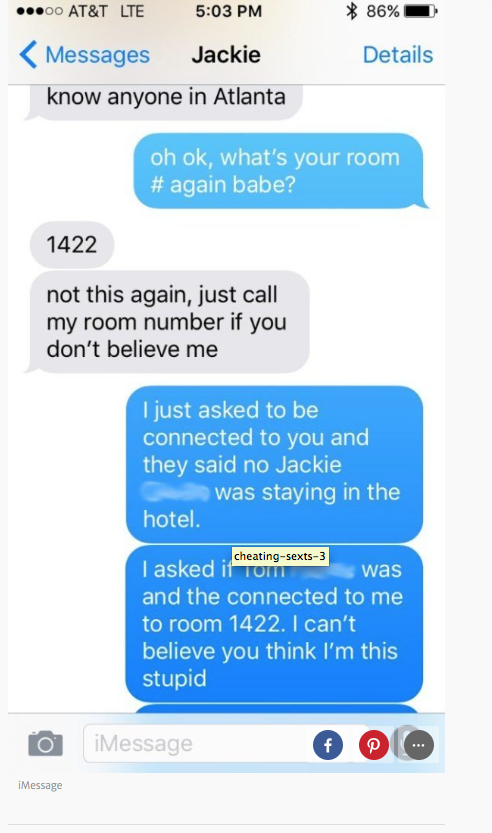 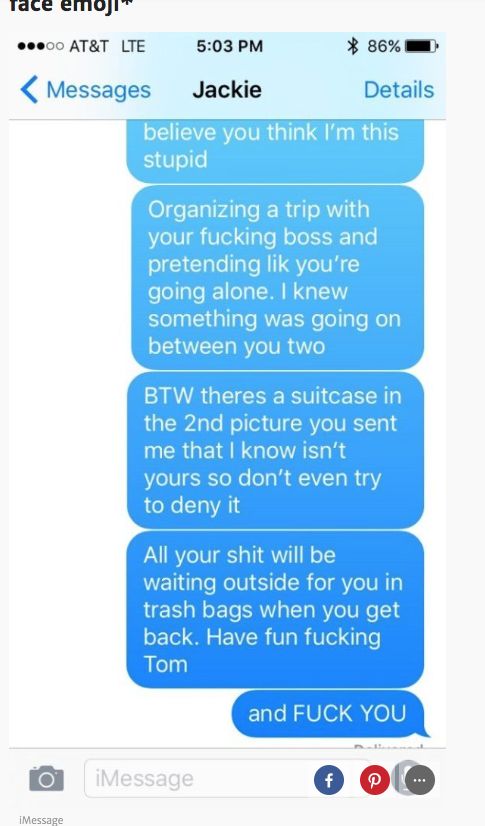 Yes, he did it. He called the hotel’s front desk and asked for Jackie’s room. When they did not find her name, he cleverly asked for the name of her boss, Tom, and was then connected to Room 1422.

You have to wonder: why go to all of this trouble? Why did she want to keep her boyfriend yet plan this elaborate scheme?

Maybe, like a lot of people, she wanted the adventure of being dishonest.

How well do you think her relationship with Tom will work out? With a start like this one,  probably not well!

Next [VIDEO] White Women Are Misogynist According To Clinton Staffers