I understand the U.S is flat broke but plagiarizing from Wikipedia in order to determine the ideal location for an intelligence hub? Probably not the brightest idea. Real shocker here, the U.S. Government depending on a source known to be edited regularly by anyone and used by many students to plagiarize.

The “DISA Azores Telecommunications Feasibility Report” was delivered to Congress on July 15, 2015 and was required by Congress under the 2016 National Defense Authorization Act. Of Course when approached about the issue, Deputy Defense Secretary, Bob Work, claims he had no idea Wikipedia was copied and pasted.

The DC had this to report: 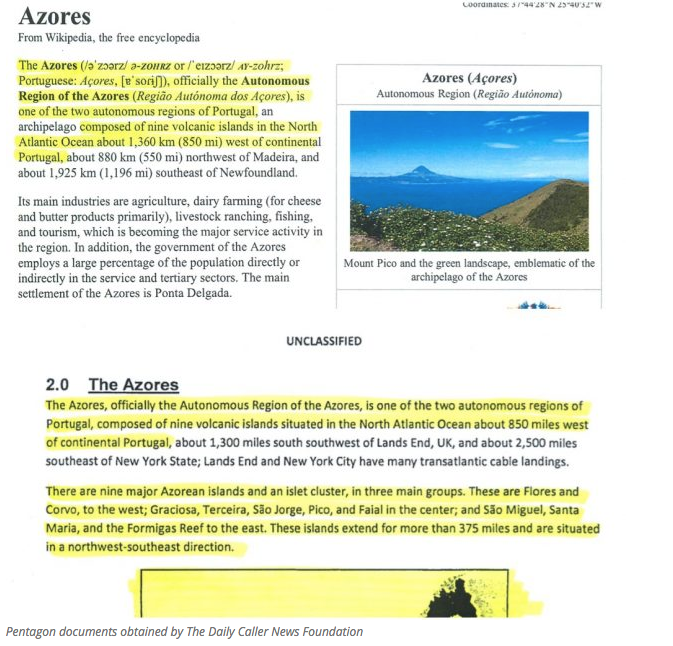 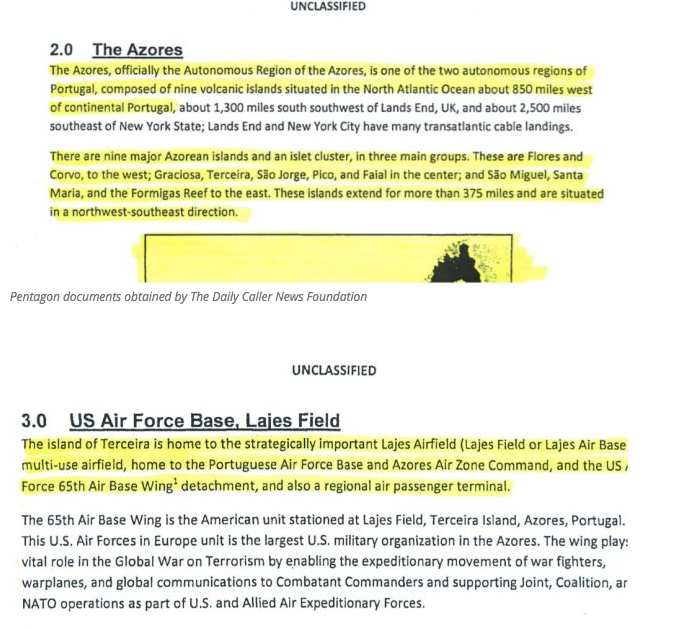 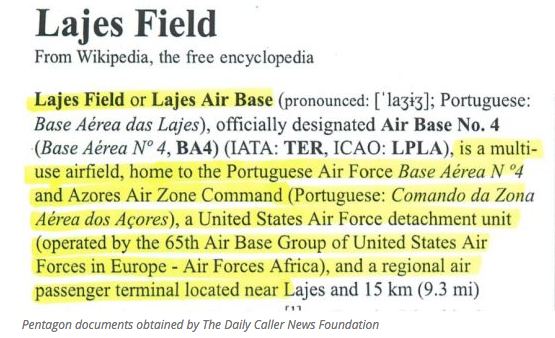 The highlighted sections of the documents reveal clear plagiarism by staffers within the Defense Information Systems Agency of the Pentagon. The plagiarism was not limited to the text of the report, but also included the same images from Wikipedia.

The report recommended against using the Azores islands as a “robust or suitable telecommunications hub,” to fulfill a due diligence requirement in evaluating possible lower cost intelligence center sites.

“Are you aware that significant portions of this document that you passed to three committee chairmen to meet a public law were plagiarized from Wikipedia?” House Permanent Select Committee Chairman Devin Nunes asked Deputy Defense Secretary Bob Work Thursday.

Work replied, “No, I did not know that the information in that document came from Wikipedia.” Nunes then pushed back saying “I’m just alarmed, Secretary Work that we would rely on Wikipedia, a free online encyclopedia that’s famously known for most high school students plagiarizing their homework. And that the Department of Defense would even use Wikipedia, a free online service to provide any information to Congress to put in any report.”