The suspect in the Ohio State University attack ran into a group of pedestrians on a street corner with his CAR before using a weapon to CUT several people, OSU President Dr. Michael Drake said. The assailant used a butcher knife, OSU Police Chief Craig Stone said. Ten people were hospitalized, nine are in stable condition, and one is in critical condition. The attacker was shot and reported deceased.

As usual, Liberals take the opportunity to turn every attack into a gun control issue even when guns were never involved. Of course the school is a “gun free” zone and students were instructed to run and hide. All of which couldn’t have stopped a car.

Maybe a good lesson for reporters, get all the facts before you say anything. Or was it done on purpose?

First reports and reports throughout the duration of the attack described it as a shooting. Authorities later clarified it was a knife attack. Minutes after news broke that there was an alleged active shooter, Twitter users called for stronger gun control and blamed the attack on lackluster laws. 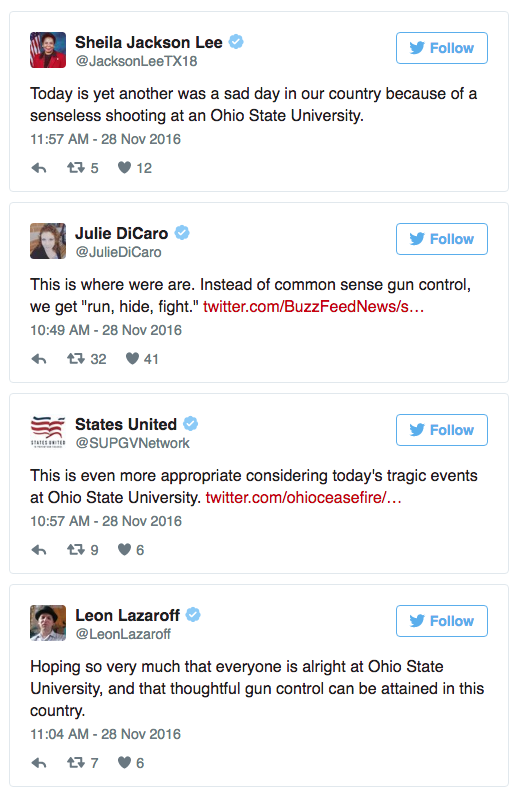 Columbus police have confirmed one attacker has been killed. 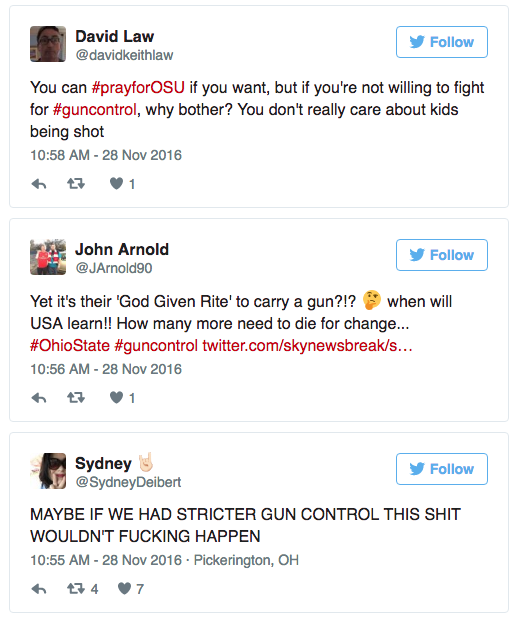 Others pushed back against the immediate politicization. 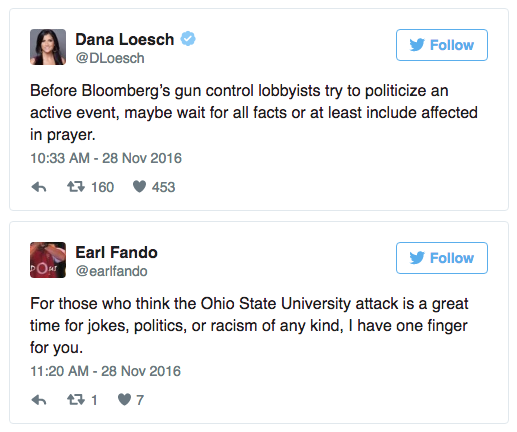