We all know what her ideas and her corruption earned her. Donald Trump is the President-Elect, and here is what you can expect from his tax plan. Your paycheck will be happy.

Trump intends to reduce taxes across the board. He also says that his plan will unfold such that “(n)o one will pay so much that it destroys jobs or undermines our ability to compete.”

Trump’s vision is that his plan will “eliminate special interest loopholes, make our business tax rate more competitive to keep jobs in America” and create “new opportunities and revitalize our economy.”

Families will be able to deduct child care costs from their taxes, even if they are stay-at-home parents.

Additionally, Trump will reduce the seven tax brackets to three.

Brackets for single filers are one-half of these amounts.

For comparison, here are the current rates: 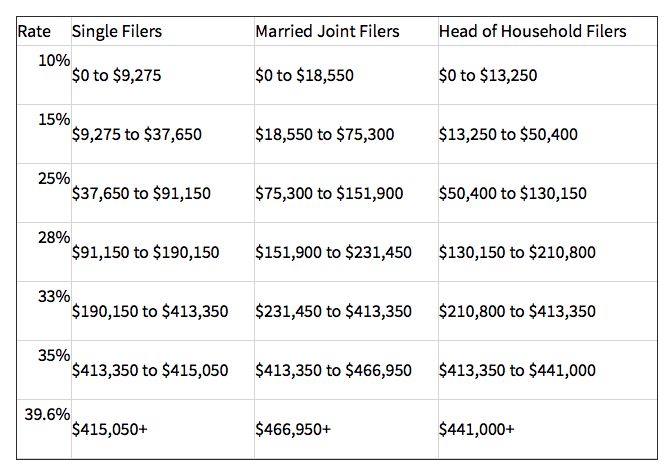 Trump’s plan will retain the existing capital gains tax structure using the brackets above with the tax carried interest as ordinary income.

The Stock Market is already doing well under Trump. Once this tax plan hits the economy, things should improve even more. Jobs will be created as companies grow.

Can you imagine the mess we would be in if Hillary had won?

Next CNN Slams D.C. Gunman for FALLING for #PIZZAGATE, “He’s Either Mentally Ill or Really Stupid”