Take a look at tell me what you see. Be honest! 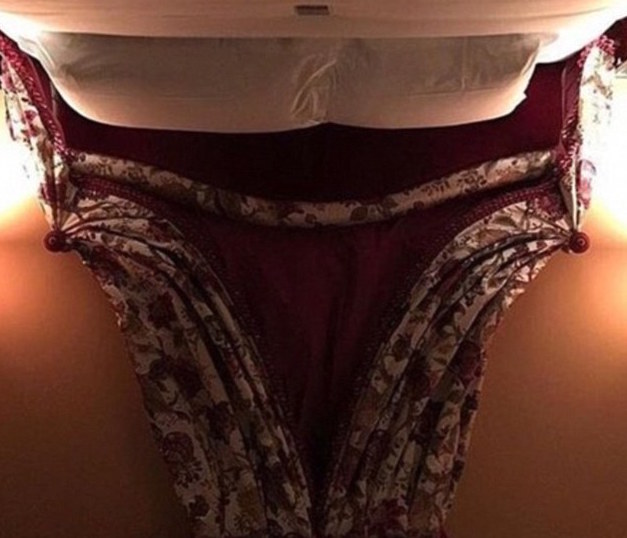 This guy was the first with a dirty mind to make the mistake, so he posted it online and it went viral!

The photograph above has created an online ruckus, as users get a glimpse and immediately see something that is not there. I will be honest. When I first took a look at it, I saw a well-built and well-dressed woman, perhaps taking a selfie while looking down. If this were the case, it would indeed be a dirty selfie, right?

Turns out, I am the one with a dirty mind, but I am not the only one. One Facebook user named Hua Song, uploaded the image to a group called Baoxiao Commune. Hua is believed to be from Taiwan, and, before first receiving the image, he simply wanted to by a new bedding set.

One executive from a bedding company sent Hua the image above as an example of one of their products. Hua was excited, at first, as he thought he may get a special “bonus” to go with his sheets, comforters, and decorative pillows.

Hua was honest, and stated that he thought the image was a picture of the company executive in her underwear! Who would not want to meet an affluent, good-looking executive?

Sorry, Hua. The image is simply an example of what you had been asking for: bedding!

It is simply an image of a bed, upside-down. Poor Hua got turned on for nothing.

I suppose, I do not blame him. I like the image upside-down better myself. It does look like extremely comfortable bedding, as well.

Do you think that the company executive did this on purpose? Perhaps we will never know.

Dirty minds do think alike, though!


Previous Can You Spot These Snipers? Don't Worry, We Will Give You The Answer, Eventually!

Next The REAL Reason Donald Trump Met With Kanye West