“Fraud is the first thing that comes to my mind,” Action News Jax law and safety expert Dale Carson said.

Carson said this type of transaction falls into a legal gray area since it’s not illegal to sell urine, but the buyer could be committing fraud.

“This is the kind of thing that makes legislators go ‘we need to pass a law that says you can’t do this,'” Carson said

After Action News Jax found the post, we replied to the ad, undercover, asking to meet up with the pregnant woman offering up her services for $30 a pop. 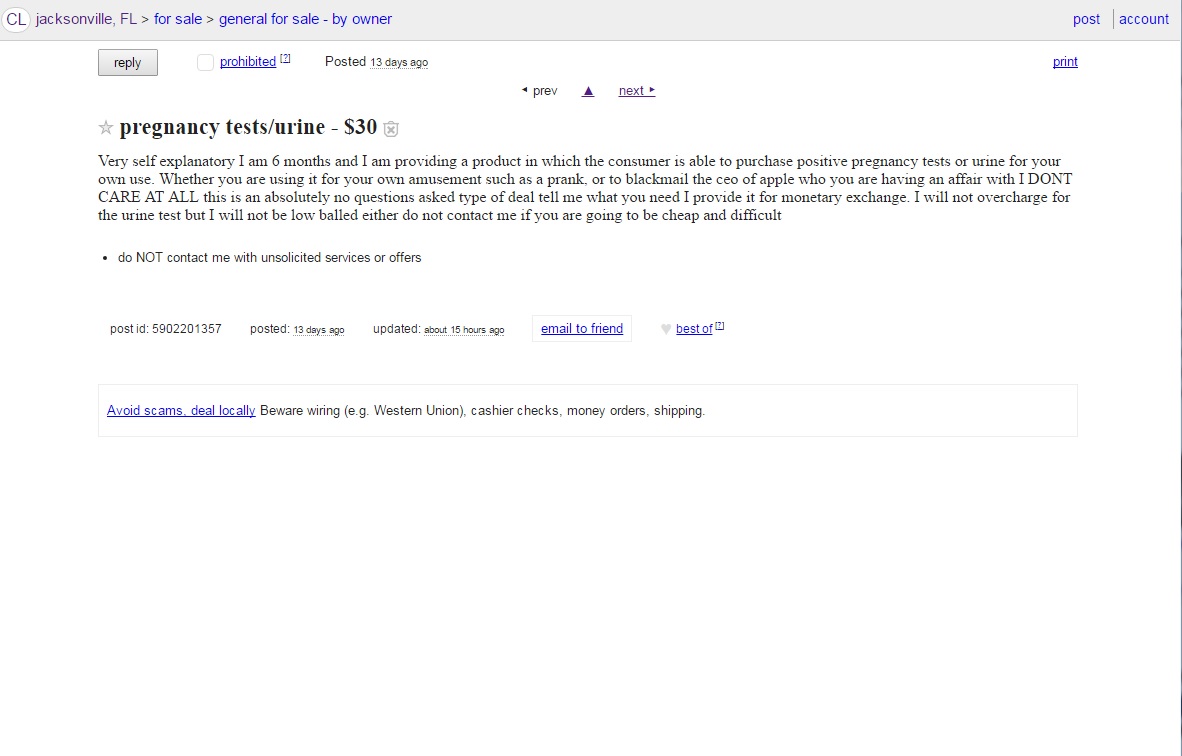 After she agreed, we went to the nearest pharmacy and picked up a pregnancy test.

Our Action News Jax intern met up with the woman and after using the bathroom, she indeed handed over a positive test.

The woman, who didn’t want to be identified, said she got into this after looking online for a job she could do while she was pregnant.

“I saw from other women and their experiences that it’s very easy,” the woman said.

After her first post to Craigslist, she said the money started flowing.

This woman isn’t the first person to sell a positive pregnancy test online; it’s a trend that’s been going on for years.

Some women advertise it to simply play a prank or as a way to get a guy to pop the question.

“I don’t see how you could trap a man,” the woman said.

But to this woman, it’s just a job, which is helping her pay for her future.

“Me being in college working on a bachelor’s and needing all this money to pay for a degree, this was a no-brainer,” the woman said.

The woman said dozens of people contact her to meet up and some even travel from as far as Orlando, but she said she never asks what they do with the pregnancy tests.