On Wednesday night Charlie Sheen sent shockwaves across social media when he seemingly suggested he wants to President-elect Donald Trump to die “next.”

Around 10 p.m., shortly after news broke that actress Debbie Reynolds had died, Sheen tweeted his petition to God, “Trump next, please!” repeatedly, along with an emoji of the middle finger: 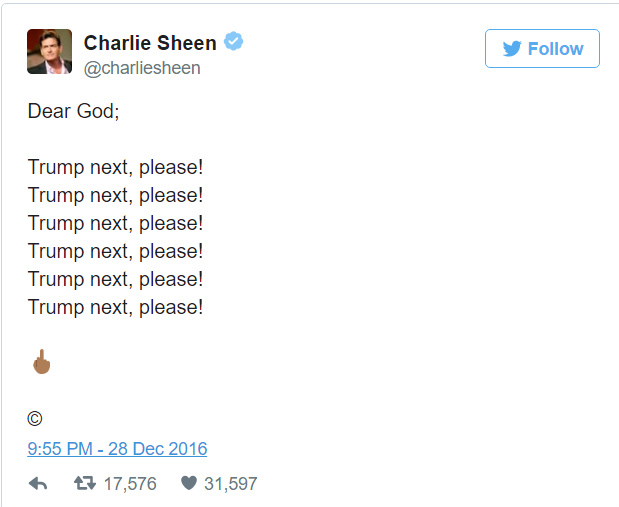 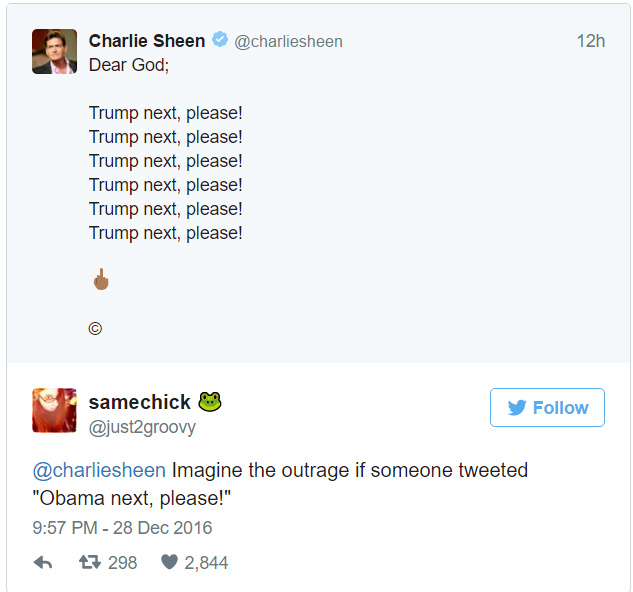 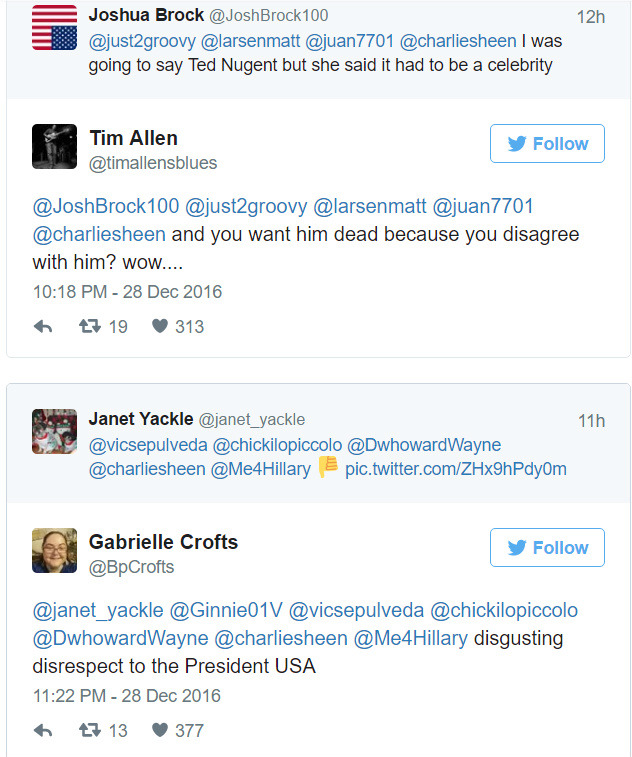 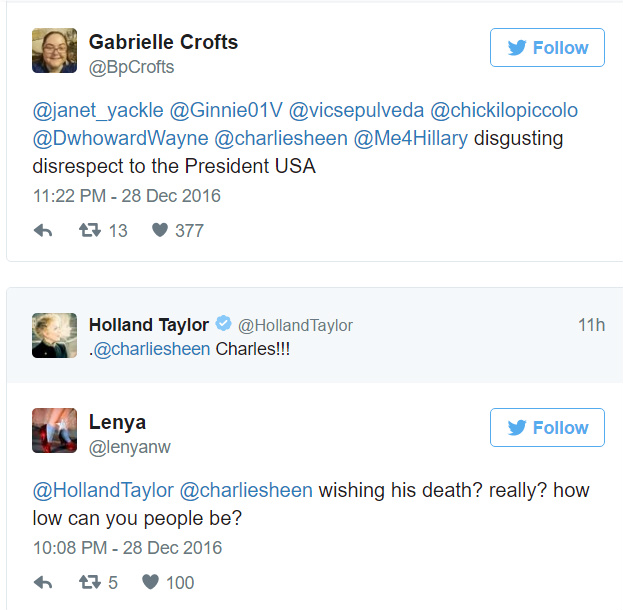 He tweeted the sentiment shortly after actress Debbie Reynolds died. Her death comes a day after the death of her daughter, actress Carrie Fisher.

Next Obama Just Snatched Up 1.5 Million Acres Of Land And Republicans Are OUTRAGED