A black writer and commentator had a meltdown over Twitter after people began using #BLMKidnapping in reference to the attack of a white man with special needs.

Tariq Nasheed, author of books like “The Art of Gold Digging,” seemed more concerned with people referring to the attack as a Black Lives Matter kidnapping than the harm that was done to the white man.

Nasheed is right in pointing out that there is no proof that the kidnapping is related to Black Lives Matter. Still, Nasheed delved into a bizarre Twitter rant to support the black attackers and accuse the rest of America of supporting white supremacy.

Graphic footage from a Facebook Live revealed black people torturing a mentally handicapped white man in Chicago. During their abuse of the man, the black people chanted “Fuck white people!” and “Fuck Donald Trump!”
Nasheed continued his strange defense of the attackers, at one point lamenting that the attackers did not have the protection of a union or funding from an organization. 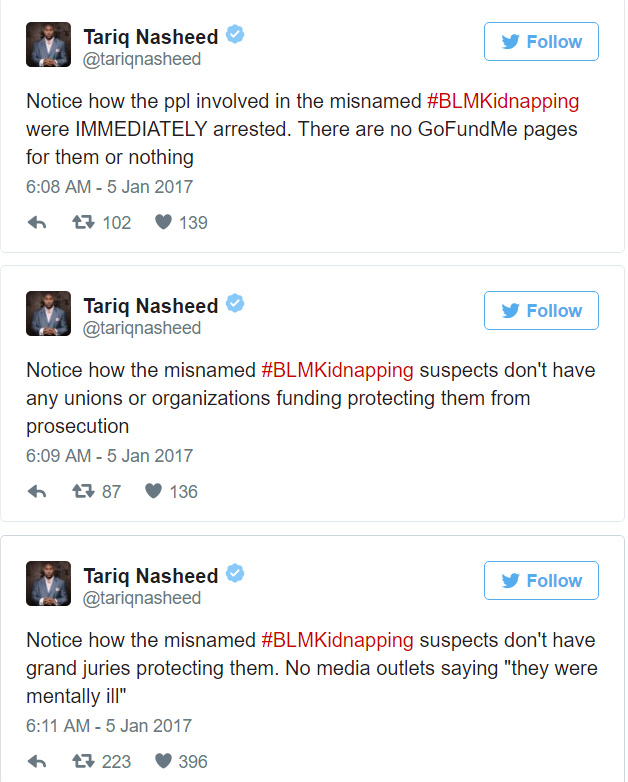