America honors civil rights leader Dr. Martin Luther King Jr. every January at the time of his birthday. This collection of photos takes a look at the legacy of the famed civil rights leader and Nobel Peace Prize winner, who was assassinated on April 4, 1968 in Memphis, Tennessee by James Earl Ray. 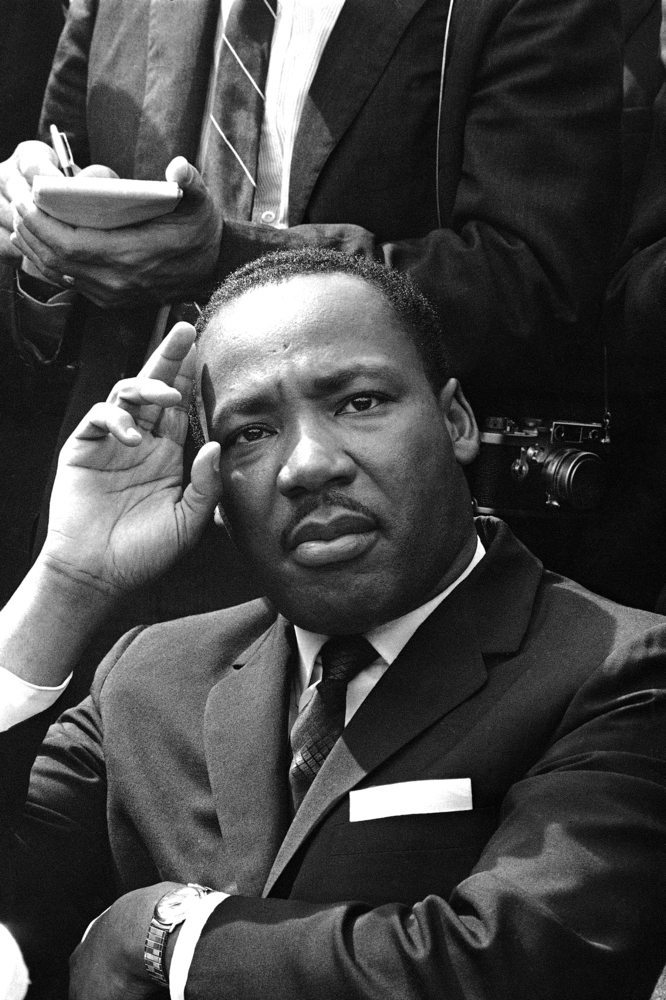 In this Sept. 16, 1963, photo, Dr. King gives a news conference in Birmingham, Ala., announcing he and other African-American leaders have called for federal Army occupation of Birmingham in the wake of the previous day’s church bombing and shootings which left six African-Americans, including four young girls, dead.

In this Aug. 28, 1963, photo, Dr. Martin Luther King Jr., gives his famous “I Have a Dream” speech in front of the Lincoln Memorial during the March on Washington. Actor-singer Sammy Davis Jr. is at bottom right.

The speech has been cited as an expression of America’s essential ideals, its language suggestive of a constitutional amendment on equality: People should “not be judged by the color of their skin, but by the content of their character.” 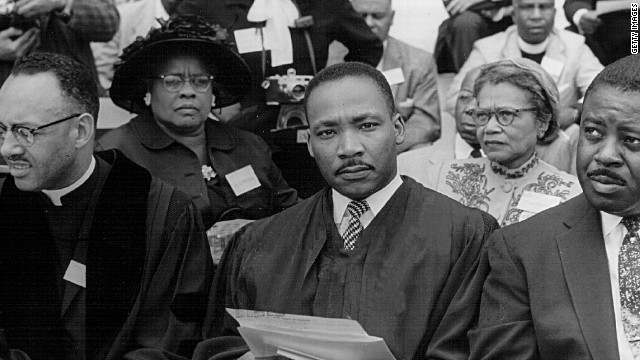 Dr. Martin Luther King Jr., center right, and other major leaders of the civil rights movement meet on March 6, 1963, in New York during a meeting dedicated to the organization of the “March on Washington.” From left to right: John Lewis, Whitney Young, Philip Randolph, M. L. King, James Farmer and Roy Wilkins. Dr. Martin Luther King Jr., looks at a bullet hole in the glass door of his rented beach cottage on June 5, 1964, in St. Augustine, Fla.

Dr. Martin Luther King Jr., sits in the back seat of a police car before returning to jail after a grand jury testimony in St. Augustine, Fla., on June 12, 1964.