Bryce Harper is a major league ballplayer who is an outfielder for the Washington Nationals.  He won the Rookie of the Year Award in 2012 and the MVP trophy in 2015.  He is also a newlywed, having just married his high school sweetheart. 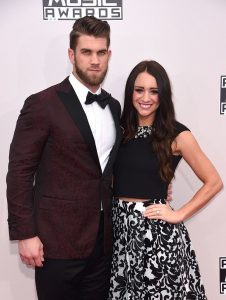 But at their wedding people kept seeing something on the inside of harper’s jacket and most had no idea what it was.  harper, being the romantic little devil that he is had pictures of himself and his bride stitched into the lining of his coat.  Even his bride didn’t know he had done that until their wedding day.

Next Is Target Wrong To Run This Pro-Islam Advertisement?