CNN chose Martin Luther King Day to run a special on Ivanka Trump.  Either they forgot who their dozens of viewers are or they were trying to enrage them against Ivanka.  CNN viewers took it as a personal affront. 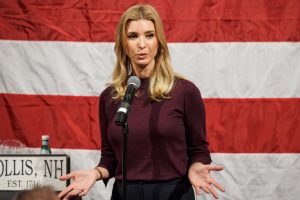 @CNN Would it kill you to air a program about MLK on MLK Day? Ivanka Trump?

So … @cnn is airing an interview with Ivanka Trump on MLK Day.

@realDonaldTrump @CNN Hey Donny. Get off Twitter. This is MLK Day and not Ivanka Day.

It’s MLK day and they’re doing a documentary on Ivanka trump on CNN..

Tune in to @CNN tonight, on MLK day, for fluff piece on Ivanka.
This is real life.

Ahead of Inauguration Day, a closer look at the incoming first daughter #IvankaTrump. Join @GloriaBorger at 9p ET on CNN. pic.twitter.com/QieZGlgq71