The fake news media is working overtime to block Trump’s nominees for his cabinet  A prime example is Tom Price nominated to be the head of the health and Human Services.  Their narrative sounds very damning but the truth makes the news sources out to be liars. 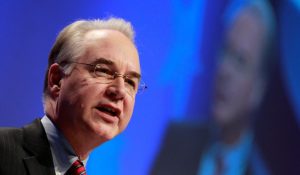 Here is the story as the fake news sites are reporting it:

Price bought between $1,001 to $15,000 worth of shares last March in Zimmer Biomet, according to House records reviewed by CNN.

Less than a week after the transaction, the Georgia Republican congressman introduced the HIP Act, legislation that would have delayed until 2018 a Centers for Medicare and Medicaid Services (CMS) regulation that industry analysts warned would significantly hurt Zimmer Biomet financially once fully implemented.

Now, let’s inject some truth into the discussion.

Price purchased stocks as part of insider trading.  Price did not buy the stock, his broker did as part of an investment policy.  Price had no knowledge of the purchase.  It was a grand total of 26 shares worth $2700.  Even if the stock rose 10%, he would net a huge $270 bucks.


Price suddenly offered legislation that would benefit the company he bought stock in.  First, it wasn’t sudden.  Price had gone on record a year before the purchase in opposition to the legislation.  Secondly, he offered the bill in March but his investing company didn’t notify him that they had purchased the stock for his portfolio until April 21st.

News stories look a lot different once facts have been injected into them.