A man who claimed he was paying people $2,500 a month to protest against President-Elect Donald Trump appeared on Fox news with Tucker Carlson.  It’s every hoaxer’s dream to appear on national television, but for ‘Dom Tullipso, it didn’t turn out so well because Carlton and his staff checked Tullipso out and were ready to expose him as a fake. 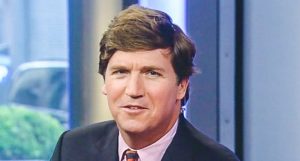 Carlson allowed the hoaxer to think he was getting over before he lowered the boom.

Tucker Carlson: “So um this is a sham, your company isn’t real, your website is fake, the claims you have made are lies. This is a hoax! Let me start at the beginning, however with your name, Dom Tullipso which is not your real name. It’s a fake name. We ran you through law enforcement level background checks and that name does not exist so let’s start out with the truth. Tell me what your real name is.


Tucker Carlson: That’s a lie and you know it’s a lie!