Donald Trump planned to move the White House briefing room to a larger location to accommodate more reporters but the media went crazy, so Trump has decided to keep the 49 seat briefing room as it is.  But there is one big change coming.  No longer will a member of the media decide who gets access because Trump will now decide which outlets will be allowed in. 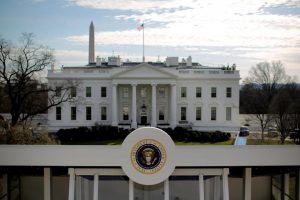 This is bad news for fake news sites like the HuffPo, WaPo, New York Times and CNN among others.  The mainstream press is paying the price for promoting the term fake news at the behest of liberals of the democratic party.  Since that term took hold the four outlets I just mentioned have perpetrated a ton of fake news stories and are being called on them.

“The press went crazy, so I said, ‘Let’s not move it.’ But some people in the press will not be able to get in,” Trump told Fox in the interview broadcast on Wednesday.

“And they’ll be begging for a much larger room very soon, you watch.”

Moving the briefing room could reduce access to White House officials, as the room is only steps from the Oval Office.