Noor Salman, wife of Pulse Nightclub killer Omar Mateen, who killed 49 people and wounded scores more has been arrested and charged with two counts of aiding and abetting her husband.  She is accused of misleading the FBI during their investigation. 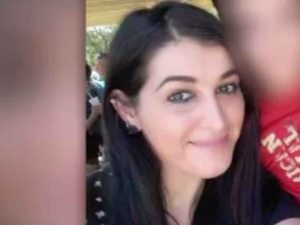 A federal prosecutor decided to charge her after it became apparent that she did know what her husband was doing and she did nothing to stop him.  From the beginning she has denied having any idea what Mateen was up to.  Evidently, during the investigation, many facts came out to convince the FBI that she was lying but please note, she is regarded innocent until she is found guilty.

A federal prosecutor has indicated that Salman knew her husband was planning to carry out a terrorist attack before he executed 49 people and injured 53 others on June 12 at the Pulse nightclub in Orlando, FL.

The terrorist’s wife has been indicted on two counts: aiding and abetting Mateen’s support of the jihadist group ISIS and obstruction of justice.

Salman “did knowingly aid and abet” Mateen’s attempts to provide support to ISIS and “did knowingly engage in misleading conduct” towards law enforcement “with the intent to hinder, delay, and prevent” them from communicating information related to the attack, reveals the unsealed two-count indictment.

The indictment suggested she was far from clueless about Mateen’s intentions as she had initially claimed.

“I was unaware of everything,” Salman told The New York Times late last year. “I don’t condone what he has done. I am very sorry for what has happened. He has hurt a lot of people.

On Monday, law enforcement arrested 30-year-old Salman at her home in Rode, CA.
From Fox:
During the deadly incident, Salman and her husband communicated with one another via text, investigators have revealed, Fox News notes.

Mateen asked, “Do you see what’s happening?” She reportedly replied, “No?”

“I love you, babe,” then texted her husband.

During the carnage, the Orlando jihadist pledged loyalty to ISIS in a 911 call.

Next Hoaxer Tried to Put One Over on Tucker Carlson...He Got Nailed [VIDEO]