Wow.  Big WOW.  If the budget cuts are what Trump’s transition team says they are, conservatives are going to be very happy.  Trump isn’t planning to take a knife to the budget, he is bringing a freaking axe. 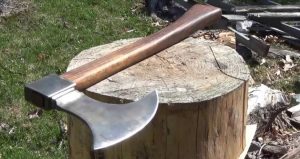 Donald Trump is ready to take an ax to government spending.

Staffers for the Trump transition team have been meeting with career staff at the White House ahead of Friday’s presidential inauguration to outline their plans for shrinking the federal bureaucracy, The Hill has learned.
The changes they propose are dramatic.

The departments of Commerce and Energy would see major reductions in funding, with programs under their jurisdiction either being eliminated or transferred to other agencies. The departments of Transportation, Justice and State would see significant cuts and program eliminations.


On top of that Trump is considering moving the nukes from the Department of Energy to the Pentagon, where it should be anyway.  Another cut, and you are going to love this, is the zeroing out of all money for the National Endowment for the Arts and National Endowment for the Humanities.  Here’s something else that will drive the liberals nuts.  Trump wants to privatize the PBS.  No more free advertising from those two entities for the democratic party unless they pay for it themselves.

So, how much would these moves save?  Try 10.5 trillion in ten years.  We could actually eliminate the deficit and pay down some of the debt.

Was it really this easy all this time but nobody bothered to try?

Next Student Stands Up in Class and Does the Unbelievable [WATCH]