Trump just got inaugurated and already heads are rolling!

Former President Barack Obama led one of the most radical administrations in American history, avoiding the Constitution whenever possible, largely through the use of Executive Orders. The Obama Administration tried to redefine government and rewrite history while dividing the country along racial lines.

Since his Inauguration in 2009, Obama did his best to portray the world at large as racists, and, for some reason, loved to bash Winston Churchill. Obama tried to covertly, and sometimes, overtly, diminish the work of “powerful, white men, ” so it makes sense that he would target Churchill.

There is a new sheriff in town, however, and his name is President Donald John Trump. He has said from the beginning that he intends to Make America Great Again. He is working quickly and effectively to bring jobs back to America while reinstating American symbols and traditions that have meaning for so many people.

As Trump went to work signing Executive Orders of his own, many of them intended to roll back the damage caused by Obama, reporters noticed something interesting in the Oval Office.
Video below:

Take a look at the left portion of the screen: 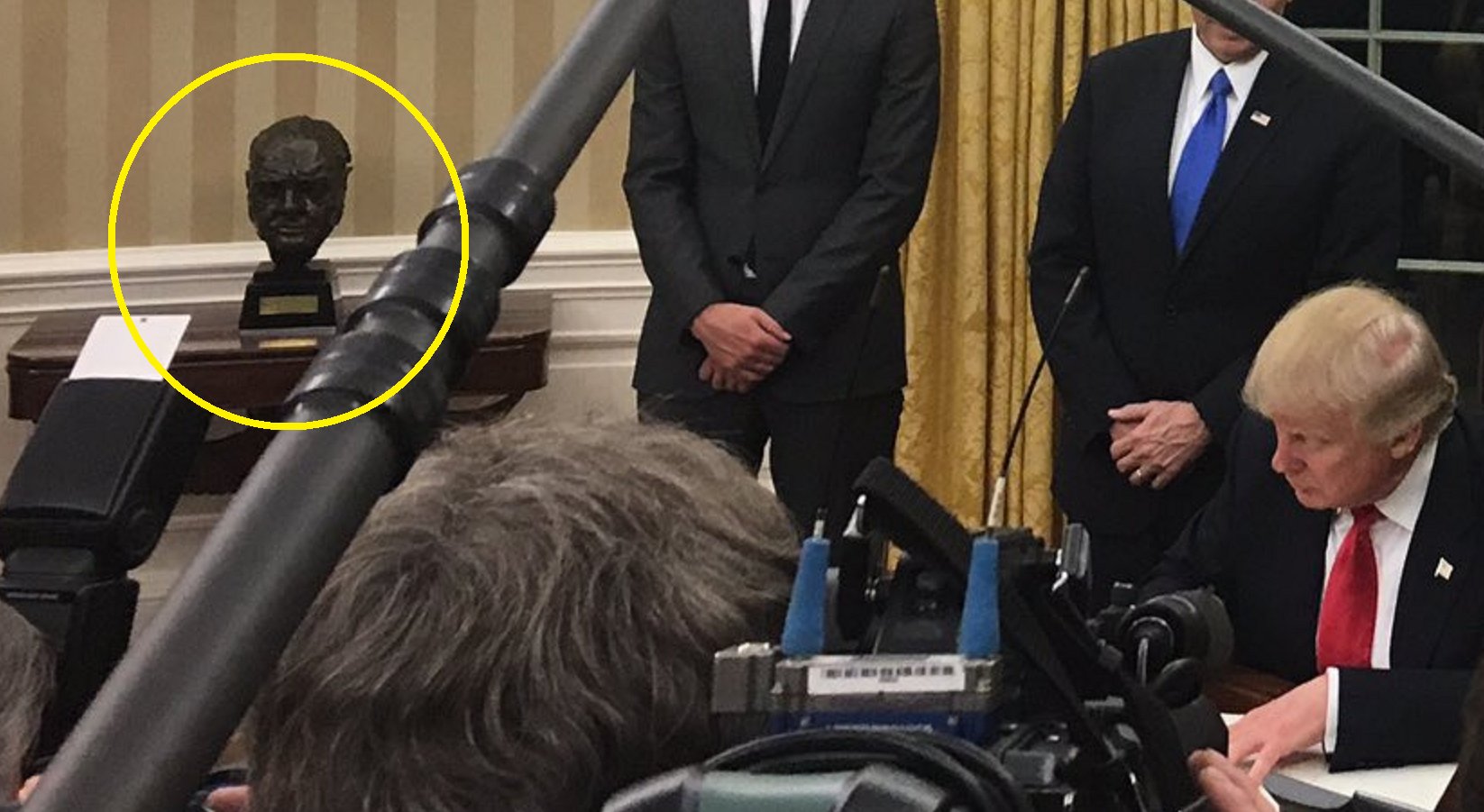 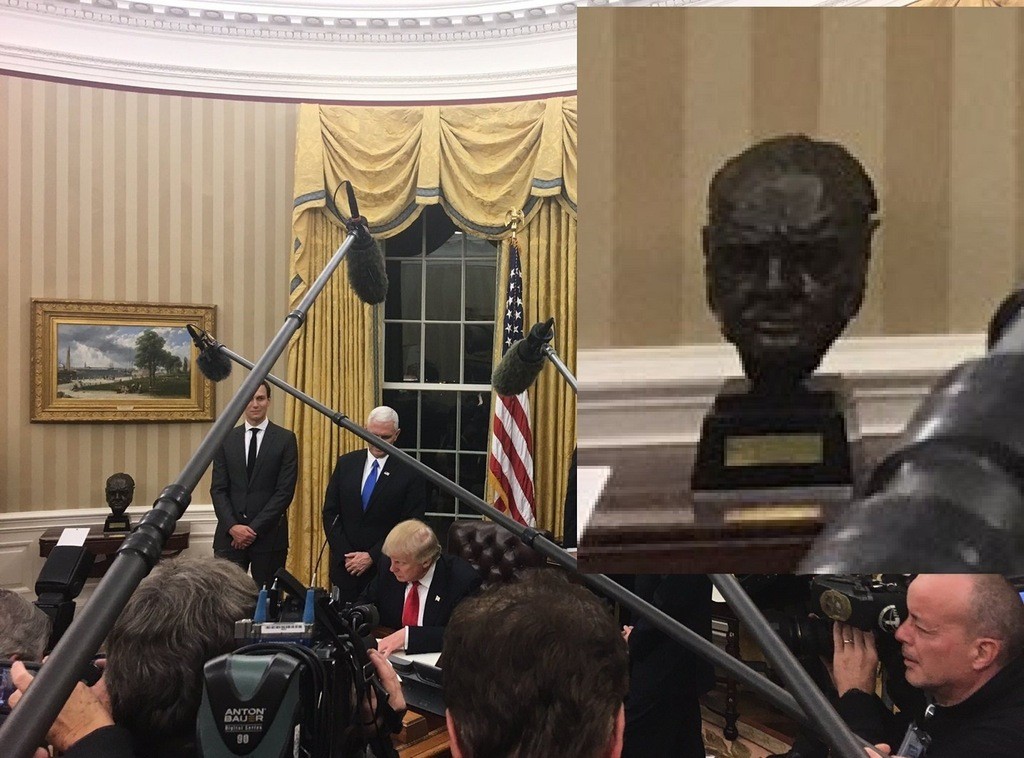 The bust of Winston Churchill, a friend of America and architect of the modern world, has returned. Liberals, who love to promote racial strife and division, are unhappy with the move, though, in short time, they are going to have far more important things to worry about.

Trump is Making America Great Again, and Obama’s entire legacy is on the chopping block. Next up: a repeal of Obamacare.

The next four years are sure to be difficult for liberals but certainly a lot of fun to watch!